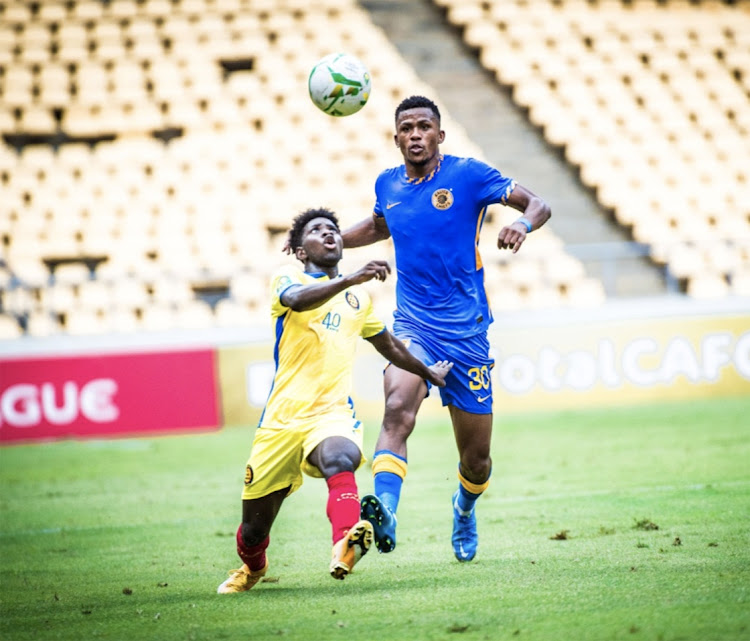 Wydad now lead the group with 10 points, five ahead of Horoya, who are level with Chiefs, but have a better goal ratio. Amakhosi will host Morrocan giants Waydad in their penultimate group fixture on April 2, before travelling to Guinea to entertain Horoya seven days later in the last group phase game.

With the man who usually spearhead their attack in Samir Nurkovic starting on the bench, Chiefs deployed attacking midfielder Lebogang Manyama as a false No.9, alongside Lazarous Kambole, who started as a second striker.

Chiefs coach Gavin Hunt also tweaked his midfield by rarely preferring Njabulo Blom and Kearyn Baccus ahead of Willard Katsande and in-form Nkosingiphile Ngcobo. Katsande and Ngcobo were in the XI in Amakhosi's previous match, a 1-all league draw away to Maritzburg United last Wednesday.

Perhaps Hunt made these  changes with Sunday's derby against Orlando Pirates in  the back of his mind. Normally, you'd expect Ngcobo, Nurkovic and even Reeve Frosler  to start such important games. Nurkovic would replace  Happy Mashiane in the 67th minute.

Petro kept the same starting lineup that put in a rather flat display in the away leg which Chiefs won 2-0 nearly a fortnight ago. Even so, the Angolans looked a better side yesterday.

The first half lacked fluidity and goal scoring opportunities, even though Chiefs enjoyed more possession. Bernard Parker, Baccus and Manyama combined brilliantly and managed to  unlock the hosts' defence with some quick one twos, but the trio were in most cases let down by poor decision-making at last.

Kambole was Chiefs' weakest link amid their promising attacks. The Zambian was sluggish whenever they tried to launch counter attacks and at times this killed the side's momentum. In the dugout, Amakhosi coach Hunt, who hardly occupied his seat, cut a frustrated figure, yelling at his troops whenever they took their foot off the pedal.

After being beautifully teed-up by Nurkovic, Manyama almost handed Chiefs a breakthrough goal in the 70th minute but his effort was cleared off the line by Diógenes Capemba, having started by drubbing  keeper Signori Antonio.

AmaZulu chair Sandile Zungu has dismissed rumours that Khumbulani Konco will be joining the club as the new chief executive.
Sport
8 months ago
Next Article