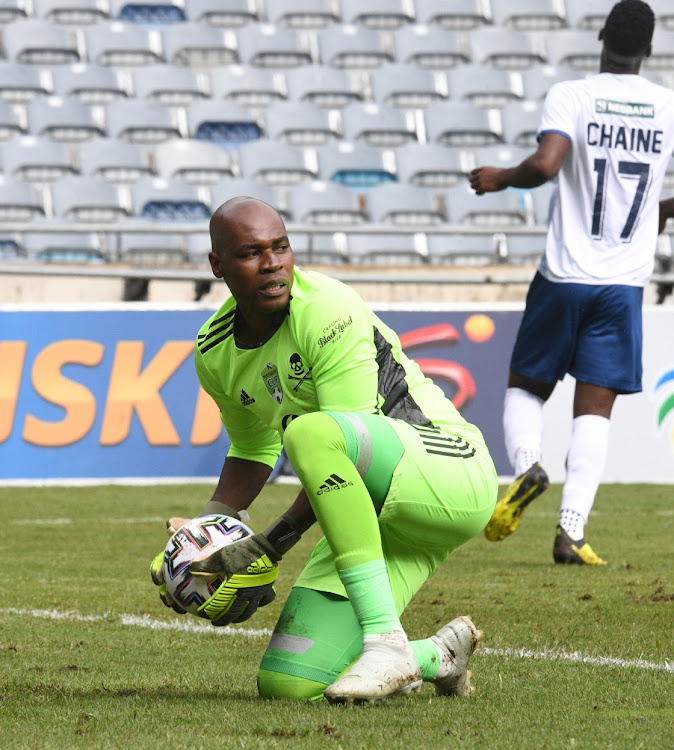 Siyabonga Mpontshane of Orlando Pirates during the 2021 Nedbank Cup - Last 32 match between Orlando Pirates and Uthongathi on the 06 February 2020 at Orlando Stadium, Soweto.
Image: Sydney Mahlangu/BackpagePix

Orlando Pirates legend Benedict "Tso" Vilakazi has urged the club's players to use their CAF Confederation Cup game against Enyimba as a confidence booster going into the Soweto derby against Kaizer Chiefs.

The Buccaneers will host the two-time Champions League winners in Group A at  Orlando Stadium tomorrow at 6pm.

Bucs will visit Chiefs in the derby in the DStv Premiership on Sunday afternoon (3.30). However, Vilakazi would like the players to take care of business in the Confed Cup before they can shift their focus towards the derby.

Enyimba opened their Confed Cup account with a 2-1 home win over Al-Ahli Benghazi of Libya, while Bucs played to a goalless draw against ES Setif of Algeria in Ghana.

“The derby will be played at the weekend, but it’s time for the players to put their focus on the Confed Cup. They must focus on it and use it to build confidence for the derby. Pirates have the quality needed to beat Enyimba.

"It’s up to the players how they will treat this game. They did well by taking a point away from home against Setif. The home game is a must-win for them. If you don’t win your home matches you won’t progress to the knockout stages,” Vilakazi told Sowetan.

The former Bafana Bafana midfielder expects a physical battle from the West African club. However, he says that Bucs have the speed and pace needed to beat the Nigerians and walk away with the three points from the home fixture.

Bucs beat Enyimba over two legs 2-1 in 2006 when they won 1-0 in Soweto and drew 1-1 in Nigeria. Vilakazi, who also goes by the nickname of the "Little Napoleon", thinks that the visitors will play for a point as they won their first game in the group.

“Bucs must aim for the three points. Bafana v Nigeria games are competitive and no-one wants to lose. Nigerian clubs do not like losing to SA [clubs] and SA [clubs] do not like losing to them. It is a rivalry. It is going to be a physical contest, but Bucs have speed and enough quality and depth on the bench to win the game,” said an optimistic Vilakazi.

Pirates will hope to have Richard Ofori back from injury after he limped off in the match against Setif after15 minutes. Siyabonga Mpontshane replaced him.

Arguing the GladAfrica Championship is a level playing field, Uthongathi midfielder Issa Sarr strongly believes they have a realistic chance of ...
Sport
1 year ago

Even though Tshakhuma Tsha Madzivhandila will wait for a month before they find out the identity of their opponents in the Nedbank Cup semifinal, ...
Sport
1 year ago

Laffor grateful to Chippa as he finds his feet

Anthony Laffor is grateful for the opportunity he is getting at Chippa United and wants to repay the faith shown by coach Dan Malesela by helping the ...
Sport
1 year ago
Next Article