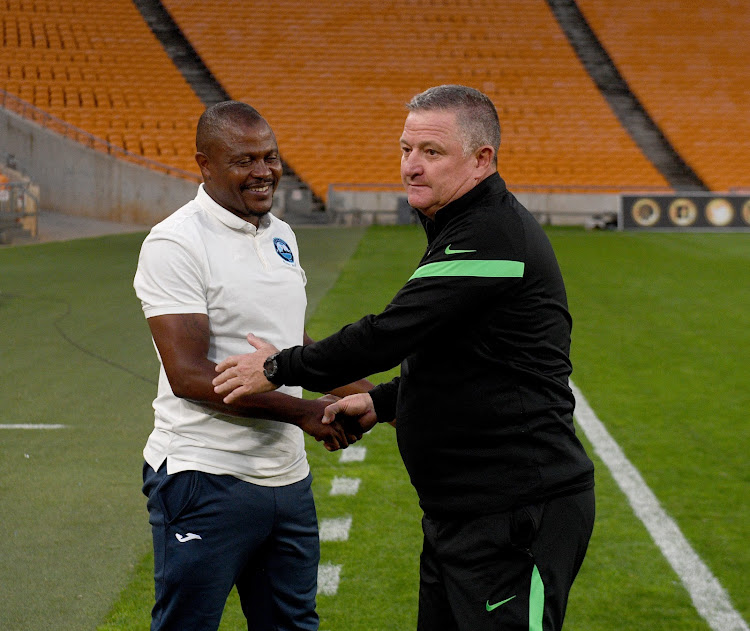 Richards Bay FC coach Simo Dladla will have a few changes to his usual starting line-up when the GladAfrica Championship side take on Chippa United in their Nedbank Cup quarterfinal at Sisa Dukashe Stadium in East London on Saturday (kickoff: 3.30pm).

Dladla listed a number of reasons why some of his regulars won’t start the match against a Chippa team currently struggling in the league, where they have not won in six matches.

Richards Bay, on the other hand, will come to the East London with form that has seen them beating Kaizer Chiefs in the last-32 of the Nedbank, before reaching the quarterfinals by knocking out fellow first division side TS Sporting. All those victories came away from home.

Dladla’s team are also sitting at the top of the NFD and looking good to gain promotion to the top flight after winning seven, drawing seven and losing only two of their 16 matches this campaign.

“We’ve got a few injuries and few knocks, some serious and some not so serious. But we’ve taken a decision to rest some of the players,” said Dladla, who does not hide the fact that his main ambition is to promote the Rich Boys to the DStv Premiership next season.

“I can tell you now Malcolm Jacobs the goalkeeper won’t be there. He’s sitting on three yellow cards — it’s not a secret, and he’s carrying a knock. So we’re resting him and we would rather use him in the league than on the cup.

GladAfrica Championship teams Richards Bay, Cape Town All Stars and Pretoria Callies are enjoying themselves in the Nedbank Cup as their fairytale ...
Sport
3 months ago

“We’ve got Sphamandla Mtolo, the captain, out because he’s on three yellow cards. He’s also being rested because he’s played every minute this season. So we feel we need him more in the league than the cup.

“We have [Veluyeke] Zulu, the tall centreback, being rested but he will be in the team. Kagiso Maphathe and Tsepo Mabua will be rested but also part of the team. So it’s an active rest for those guys.

“You’ll see some exciting players starting — not really new but equally capable of giving us what we’re expecting, which is winning.”

Dladla said he had not been surprised to see his team in form ahead of the Chippa game.

“The form that we find ourselves in, it’s because of the way we have been working here,” he said.

“Obviously the ambition is to get the team promoted to the Premiership. So if you want to get promoted then you’ve got to be firing from all cylinders. You’ve got to be sound defensively, control the games and score the goals to win matches.

“Of course you’ve got to control the opponents when they have the ball and when you have the ball. So I think we’ve been working very hard in and around the season in making sure that we don’t leak goals, but we keep scoring them.

“But I can tell you that we’re not happy with the goals that we have scored [20 for and 11 against in the NFD] so far. I fully believe that the team is capable of scoring more goals.”

Richards Bay coach Simo Dladla has explained in detail how he masterminded the stunning 2-1 win over fancied Kaizer Chiefs on Sunday.
Sport
4 months ago
Next Article