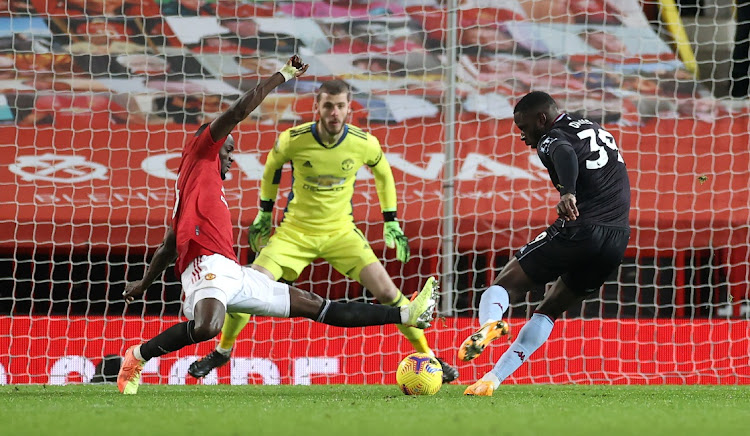 Eric Bailly of Manchester United blocks a shot from Keinan Davis of Aston Villa during the Premier League match between United and Villa at Old Trafford on January 01, 2021.
Image: Carl Recine - Pool/Getty Images

Bailly joined United in 2016 and was former manager Jose Mourinho's first signing for the club, but the 26-year-old has struggled to make a consistent run in the team because of injuries.

Despite difficulties that have seen him play only 100 times since joining from Villarreal for 25 million pounds ($34.8 million), Solskjaer is keen to extend the central defender's stay at the club, with his current contract expiring in June.

“We have started talking to Eric and Eric’s representatives,” Solskjaer said. "Eric is keeping fitter for longer. He is getting more robust. "You can see his performances as well – I have been very happy with him.

"His playing style has made him lose too many games because 100 games, that’s not enough for the period that he has been here."

Bailly has played eight times in the Premier League this season and last featured for United in the 0-0 draw with Crystal Palace on March 3.

After the hype of qualification‚ and with a talented team spearheaded by Percy Tau and Lebo Mothiba‚ Bafana Bafana will not want to disappoint with a ...
Sport
2 years ago

Burundi qualified for the African Cup of Nations finals for the first time as they kept Gabon striker Pierre-Emerick Aubameyang in check to get the ...
Sport
2 years ago

Mamelodi Sundowns goalkeeper Denis Onyango has returned to full fitness just in the nick of time.
Sport
2 years ago
Next Article