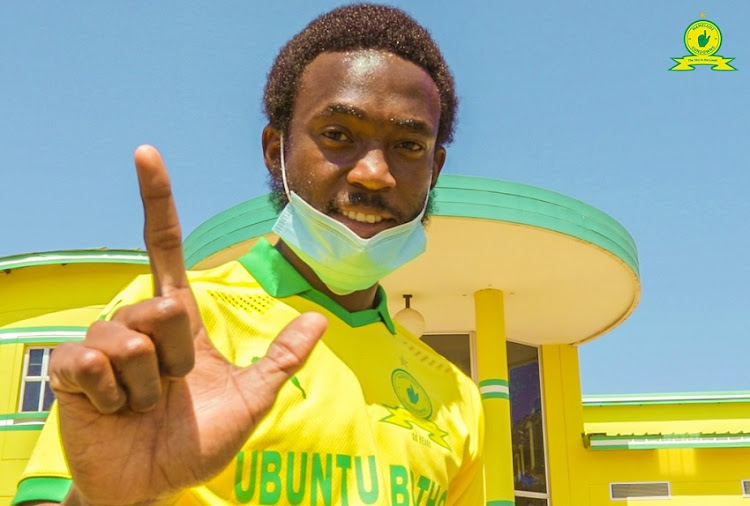 For all Mamelodi Sundowns’ fixture congestion, in-form striker Peter Shalulile has revealed he still gets time to do individual training sessions.

Shalulile’s blistering form since joining Sundowns paid off when he was confirmed as the DStv Premiership Player of the Month for January/February yesterday. Shalulile boasts seven goals and four assists in the league thus far.

During his days at his previous club, Highlands Park, Shalulile always chalked up his exploits mainly to the gym work he does away from the group. The Namibian ace has never stopped putting in extra hours, training aside, even with the Brazilians’ taxing programme that’s complicated by their CAF Champions League participation.

“To be honest it’s not about only training when you’re with the team. I have always worked hard,’’ Shalulile noted during a virtual media conference, where he received his gong, yesterday

“Where I come from [referring to Highlands] and even that now I am here at Sundowns I always do extra training and that’s something I will never stop because it has made me the best I am today. I will keep on doing it because it makes me a better player.’’

The 27-year-old Namibian ace gave a sense he’s not reached his full potential yet at Chloorkop, aiming to continue improving to show gratitude to the club for giving him chances to play. Shalulile also disclosed the support he receives from his teammates has given him extra strength to keep going.

“I am still new at Sundowns. I am still learning. I always tell myself that I must always repay the club for the opportunity they have given me,’’ noted Shalulile.

“What keeps me going is the fact that I am surrounded by great players. They motivate me, they encourage me to do more and they believe in me and that has kept me working hard.’’

It remains to be seen if Shalulile will be rested when Sundowns hosts second-tier side Polokwane City in the Nedbank Cup last16 at Loftus Versfeld Stadium tomorrow (3 pm).

AmaZulu mentor Benni McCarthy and Mamelodi Sundowns star Peter Shalulile walked away with top honours when they were named coach and player of the ...
Sport
1 year ago

Mamelodi Sundowns are on course to match their own record of finishing the CAF Champions League group stages without tasting  defeat and probably ...
Sport
1 year ago

Mamelodi Sundowns have once again proved why they are rated among the best teams on the continent.
Sport
1 year ago
Next Article