Makhubedu happy to be working alongside Mosala 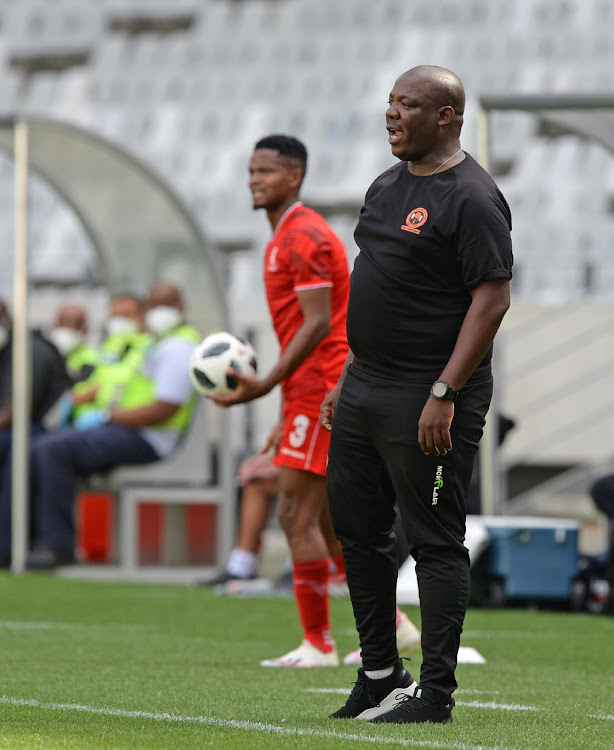 Mosala joined promotion-chasing Sekhukhune from Pretoria Callies last week. Makhubedu is on cloud nine to have Mosala at Babina Noko, revealing they've been knowing each other for 21 years now.

“Sly is one of the guys that I started my coaching career with. When I went to the university [Tshwane University of Technology when it was Technikon Pretoria] it was his third year there and he welcomed me very well. We’ve been together for 21 years. I am the one who told the management to bring him on board,’’ said Makhubedu post their 1-0 win over Free State Stars.

“Things are tough in the second round of the season, so I told the management that I needed one of the senior coaches to come and help me and that’s how we got Sly. I am optimistic his presence will help us a lot because he has vast experience as a coach.’’

Makhubedu conceded Stars gave them a run for their money. The Babina Noko coach praised the Bethlehem side’s coach Allan Freese for the way he sets-up his team. Makhubedu further acknowledged the importance of Sunday’s win as it helped them keep in touch with leaders Richards Bay, who are on 28 points, one above them as they sit second on the table.

“He [Freese] is one of our senior coaches in the country. He always sticks to what he knows best. We knew Free State were going to put pressure on us from the word go... that’s what you expect from a well-coached side,’’ said Makhubedu.

"They frustrated us, but we managed to dig deeper to win the match. We always knew they are a physically strong team, quick when they go forward. It’s a very valuable three points.’’

GladAfrica Championship teams Richards Bay, Cape Town All Stars and Pretoria Callies are enjoying themselves in the Nedbank Cup as their fairytale ...
Sport
10 months ago

Richards Bay came back from a goal down to book a spot in the Nedbank Cup quarterfinal after an entertaining 2-1 victory over TS Sporting at the ...
Sport
10 months ago
Next Article