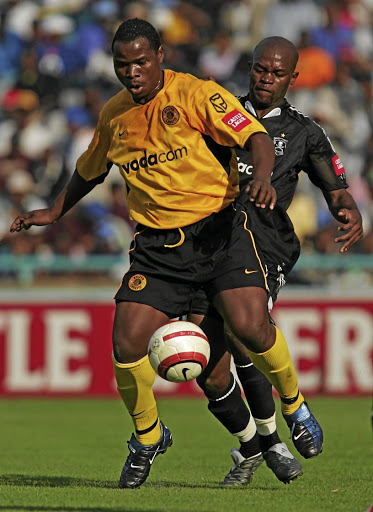 In this rare interview, former Kaizer Chiefs, Mamelodi Sundowns and Orlando Pirates hit-man Collins 'Ntofo-Ntofo' Mbesuma sat down with SowetanLive at the University of Pretoria to talk about the current strikers in the PSL, the 2004-2005 season where he scored in 35 goals in all competitions and his plans for the future.

During that memorable 2004-2005 campaign where he helped Chiefs to the championship, a rampant Mbesuma scored 25 goals in the league and Siyabonga Nomvethe was the last player to come close to breaking his record when he scored 20 goals for Swallows during the 2011-2012 season.

Mbesuma also spoke about his relationship with attacking partner David Radebe and the influence of senior players in the team like Rowen Fernandez, Thabo Mooki, Tinashe Nengomasha and John “Shoes” Moshoeu.

He also paid special tribute to special talents that Chiefs had in the form of Emmanuel “Scara” Ngobese and Junior Khanye who played a huge role in the team winning the league where they piped Orlando Pirates by two points.

Mbesuma’s record still stands after 16 years but he is aware that it is will be broken one day.