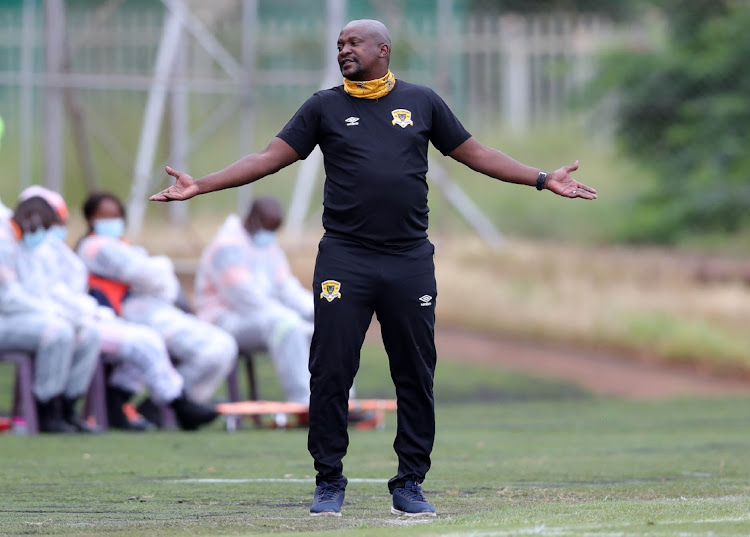 Following two successive victories in all competitions, Black Leopards coach Lehlohonolo Seema wants to build on the momentum with a trip to Maritzburg United in a relegation battle tonight at Harry Gwala Stadium (5pm).

They seem to enjoy playing against the KwaZulu-Natal teams and will want that good run to continue today.

Those victories have brought confidence and improved the mood as they now believe they can survive relegation.

And Seema wants to see the same attitude they showed in the past two games when they face the Team of Choice, who are languishing at the bottom of the table with nine points from 15 matches.

“The fight, the resilience, determination and scoring goals is what we need when we meet Maritzburg. So I think if we can go away there and fight the way we fought over the past two games, then we stand a good chance of getting the three points,” Seema told the club media department.

`“I wish it were back-to-back league games but any win that comes, we will take it. It has been a long time without a victory and we will plan for them accordingly. We will try to manage the recovery.

“This is what the Leopards family have been waiting for. You could see that the players never put their head down even when the results were not coming.”

Maritzburg are three points behind Lidoda Duvha, who are 15th on the table. A victory would see them tied with Leopards on 12 points with a game in hand. But Seema wants to open the gap further as they try to move away from the relegation zone.

“We gave a spirited performance against AmaZulu [in the Nedbank Cup], which is preparing us for the next six-pointer against Maritzburg away. That kind of spirit and fight that the guys showed is something that we can build on,” Seema said.

“We have been conceding every game, and against AmaZulu we managed to get a clean sheet against a strong attacking team. I’m happy for the players.”

Seema hopes striker Mohammed Anas, who has scored three goals in two matches, will continue with his scoring exploits.

“It is good for a striker when you are scoring goals, especially [after] sitting on the sidelines for a long time, and I’m happy for him.

“He has been working hard at training and mentally he is strong. He can show that he is an international.”

AmaZulu barely have time to reflect on their Nedbank Cup elimination as they have to focus on their next DStv Premiership match against SuperSport ...
Sport
10 months ago

After a promising run of three wins in a row, things turned for the worse for Kaizer Chiefs as they failed to register a win last month.
Sport
10 months ago
Next Article