Angola side Petro next in line for Chiefs 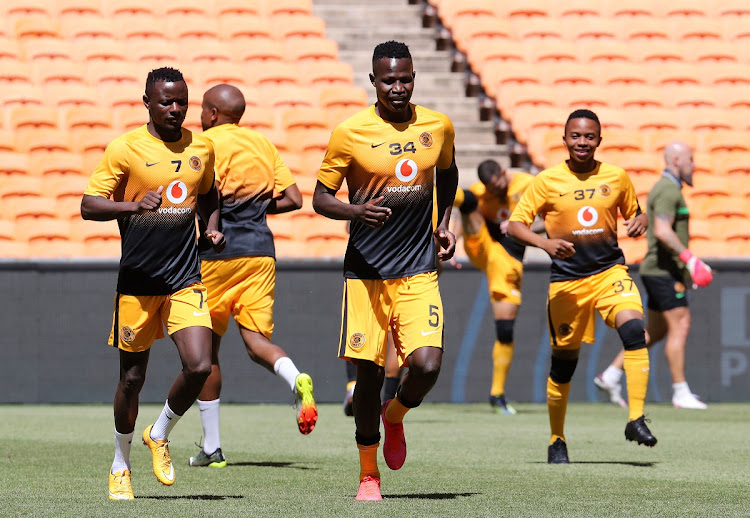 Anthony Akumu Agay with Lazarous Kambole of Kaizer Chiefs run on the field before a Premiership match between against SuperSport United at FNB Stadium on February 20, 2021 in Johannesburg.
Image: GALLO IMAGES/BAKPAGEPIX/MUZI NTOMBELA

After a promising run of three wins in a row, things turned for the worse for Kaizer Chiefs as they failed to register a win last month.

They were thumped 4-0 by Wydad Casablanca in the CAF Champions League group stages at the Stade du 4 Aout in Burkina Faso on Sunday.

They are without a win in eight games, with their last victory coming on January 19 when they thumped Tshakhuma Tsha Madzivhandila 3-0 at FNB Stadium.

When they recorded three successive victories against AmaZulu, Cape Town City and TTM, many thought they had recovered from their poor start to the season, but it was not to be.

Coach Gavin Hunt, who was encouraged by the two performances before the defeat to Wydad, feels the scoreline was not a true reflection of the match.

“The scoreline doesn’t look good but I thought we had a good couple of opportunities ourselves,” Hunt told the media after the game.

“We were caught on two back post balls, the first two goals, and a third goal as well, but all in all we had a lot of good opportunities on a difficult pitch and [in] a difficult situation...

“I thought in the second half we got stronger and better. We had some good opportunities and we tried to play but obviously it wasn’t to be.”

Again, mistakes in defence and poor goalkeeping were the problem.

Meanwhile, former Amakhosi forward Shane McGregor believes lack of quality and confidence is the reason the club is struggling and he doesn’t see them going through to the knockout stage.

“They haven’t been able to strengthen the squad and obviously the team is not good enough,” McGregor told Sowetan yesterday.

“The players are not good enough, so it is difficult for them. The defeat is now going to be a huge blow. It doesn't help confidence.

Chiefs, who are third in the group with just one point from the draw with Horoya, next take on Petro Luanda in their third match on Saturday (FNB Stadium, 6pm).

Beleaguered Kaizer Chiefs coach Gavin Hunt attempted to look for some comforting prospects as he tried to come to terms with the club's embarrassing ...
Sport
10 months ago

Gavin Hunt will be glad to see the back of February after the ailing club finished the month without winning a single match in all competitions on ...
Sport
11 months ago
Next Article