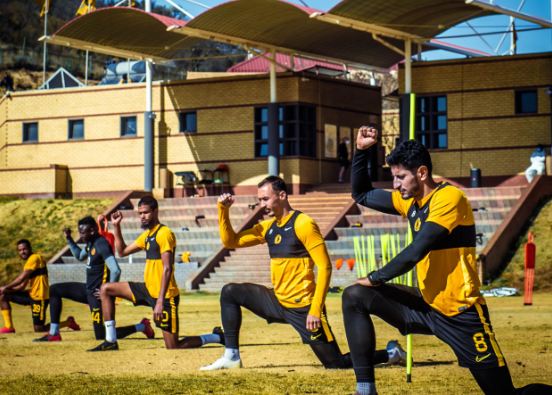 Kaizer Chiefs are winless in eight matches in all competitions.
Image: Kaizer Chiefs/Twitter

Kaizer Chiefs’ 4-0 Caf Champions League thrashing at the hands of Wydad Casablanca on Sunday saw them equal one unwanted record and close in on another.

The defeat equalled Chiefs’ heaviest losing margin‚ having been beaten by four goals three times previously in their illustrious history.

It also saw Amakhosi go to eight games without a win‚ which means if they don’t beat Petro Atletico at FNB Stadium on Saturday in their next Group C game (kickoff 6pm) Gavin Hunt’s men will equal an undesirable record of nine matches without a win in all competitions.

That record has been set twice before.

Chiefs previously went nine games without a win under Muhsin Ertugral 2001-02‚ then again when Steve Komphela was coach in 2016-17.

The defeat in neutral venue Burkina Faso on Sunday – played there due to Morocco denying Chiefs visas over Covid-19 concerns – against arguably the strongest team in African club football in the last half-decade equalled Amakhosi’s record heaviest loss.

Previous times they lost by four goals were 5-1 defeats against AmaZulu in 1987 and arch-rivals Orlando Pirates in 1990. Chiefs also suffered a 4-0 defeat in the first leg of a Champions League second round tie against Etoile du Sahel in Tunisia in 2005 – Amakhosi won the home leg 2-1 to lose the tie 5-2 on aggregate.

The loss against Wydad came amidst some gamesmanship from the north African giants. Apart from the protracted visa issue‚ Amakhosi came up against a team that‚ along with their obvious quality‚ employed frustrating tactics during the match and‚ indications from Naturena are‚ around it too.

The penalty in the 93rd minute that saw Ramahlwe Mphahlele dismissed and Wydad make it four was also disputed as a handball by Chiefs.

Despite those mitigating factors‚ the defeat still emphasises the extent to which Chiefs – notorious for their early exits in continental competition – are babes in the wood at this level of the Champions League as they contest their first-ever group stage.

Amakhosi feel they were also denied a win in the previous home match against Horoya‚ as Samir Nurkovic’s headed goal just after the break seemed incorrectly ruled offside in a 0-0 draw.

The winless run comes amidst a transfer ban that has made it hard for Hunt to rebuild a squad clearly in need of it‚ and strengthen the key areas he normally would arriving at a club.

While the coach is being given space to build‚ Amakhosi’s squad also do not seem as bad as an eight-match winless streak.

Chiefs need an improvement soon‚ if only to boost morale. They will hope it will come against Group C’s bottom side Petro – who have started Group C with two defeats‚ 2-1 away against Horoya and 1-0 at home to Wydad – which would also avert the nine-match winless record.