Team of Choice must up game to avoid going down tube 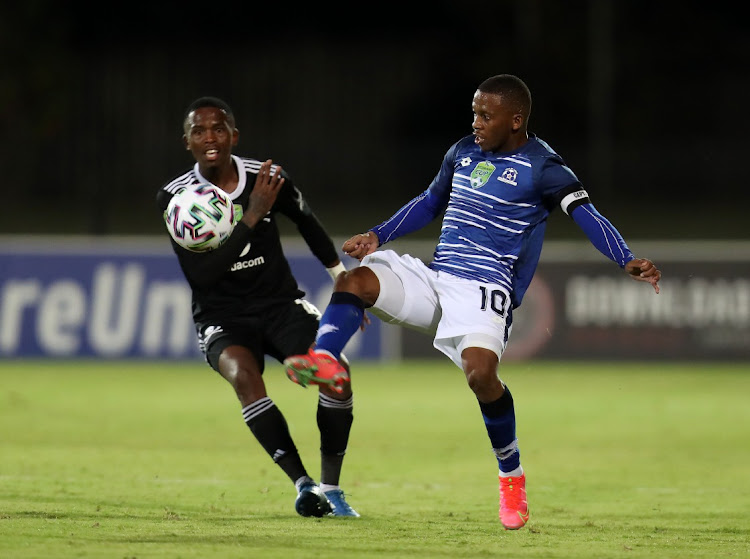 Maritzburg United coach Ernst Middendorp has urged his players to build on the first-half performance of their 1-3 weekend defeat to Orlando Pirates in the Nedbank Cup last 16 if they are to avoid relegation.

Maritzburg dominated the first stanza before allowing Pirates to bully them in the second half. Thabiso Kutumela put the hosts in front in the ninth minute, but second half goals from Kabelo Dlamini, Deon Hotto and Vincent Pule put the KZN side to the sword.

“If we are able to get the commitment, focus and intensity like we did in the first half, we have a chance [to stave off relegation]. We need to build from the performance of the first half. We need to play like that for long in the game,” said Middendorp.

Going into this game, Leopards are showing signs of resurrection as they managed to string together two wins on a trot against Golden Arrows and AmaZulu in the league and in the Ke Yona Cup last 16 respectively.

Orlando Pirates put together a tour de force second-half performance fighting back from a goal down and blowing Maritzburg United off the Harry Gwala ...
Sport
10 months ago

“It’s a game that is very important to us. Knowing that a team [Leopards] are coming with two wins in a row, qualifying for the Nedbank Cup last eight, we need to work very hard against them,” said Middendorp.

Against Pirates, Middendorp threw youngsters Cameron Carnell, Phiwayinkosi Zuma, Lungelo Bhengu and Keletso Sifama in at the deep end. The former Kaizer Chiefs mentor indicated he played the young guns in such a big match to prepare them for the relegation dogfight.

“The competition is stiff with these younger players showing that they are committed. It was important to play them i because you have two, three games in one week ... it will be like that for the remainder of the season. The fight is on,” said Middendorp.