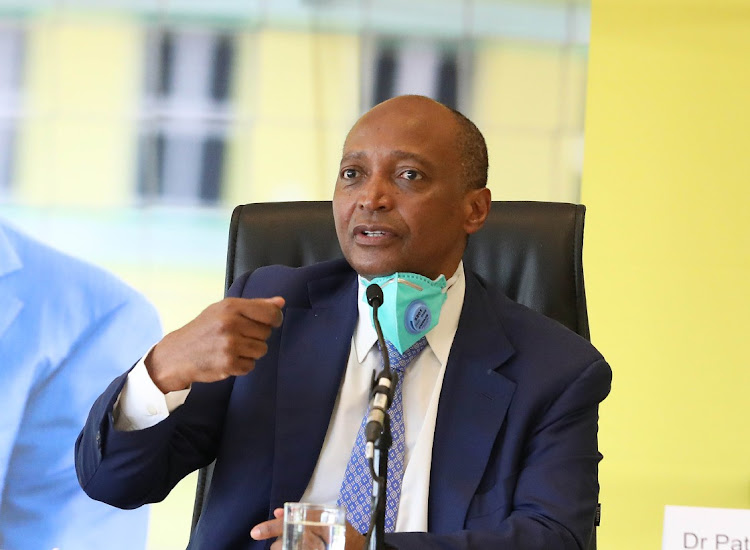 Patrice Motsepe vowed yesterday to transform African football and turn it into a beacon of excellence and good corporate governance after years of decline and dereliction, should he be elected as the president of the Confederation of African Football next month.

Speaking for the first time after a largely tacit campaign that included him traversing the continent as he canvassed for votes, Motsepe was presented by his backers as a broom that will sweep clean and take the continent to new heights, both on and off the field.

“African football must be the best in the world. You cannot separate football excellence from economic growth. Football has a role to play in the African continent and we want every country to be sustainable,” Motsepe (59) said as he presented what he called a 10-point plan contained in his manifesto.

The plan includes swelling sponsorship income to increase teams’ winnings in the Africa Cup of Nations and continental club competitions.

“If I win the elections, I want to visit every country within the first year to discuss the growth of football. I want to increase the winning prize money in CAF [club competitions] and the Africa Cup of Nations. We want good governance, transparency and auditing must meet best global . I am not here for money. I have lost more money in football than anyone,” added Motsepe.

The Mamelodi Sundowns billionaire owner also disclosed that he had been approached to stand for the CAF presidency before, but had only now decided this was the right time to stand.

He will contest the March 12 poll in Rabat, Morocco against Jacques Anouma of Ivory Coast, Augustine Senghor of Senegal and Ahmed Yahya of Mauritania. Motsepe’s backers claim he already has 40 of the 54 countries in his corner, which would make him favourite to ascend the throne.

CAF has been beset by problems since headstrong former president Issa Hayatou was replaced by Ahmad Ahmad five years ago. Should he succeed, Motsepe will inherit a myriad difficulties including a long-standing dispute over a TV rights deal, which has led to a total blackout of continental football.

But having arrived at yesterday’s briefing with some of the bigwigs in domestic and regional football, who included TP Mazembe owner Moise Katumbi, Cosafa president Phillip Chiyangwa, Safa president Danny Jordaan and PSL chair Irvin Khoza, Motsepe promised changes would be seen soon.

Jordaan said it was time to say goodbye to the past of the old CAF leadership. “How do we say goodbye to the past of CAF? We must have a leader who is not part of that past, a leader who can generate confidence and restore financial stability and introduce best , good governance and administration. Motsepe’s track record speaks volumes and he's committed,” said Jordaan.

PSL boss Khoza said Motsepe must create a good product for CAF. “I endorse his candidacy to take this job for all Africans. He is a no-nonsense man. He must create a good product for the Africa Cup of Nations and CAF Champions League. Africa has a son that has raised a hand. It's [not] about how he will do for the position, it is about how it will do for him. Our hearts and minds are with you to make sure that you achieve this important milestone in Africa. Cometh the hour, cometh the man,” said Khoza.

Minister of sport Nathi Mthethwa added: “We are speaking in one voice. We are here to present an African candidate. The mantra of CAF is to be that of development. Our continent is underdeveloped.”

Patrice Motsepe has disclosed that his son Kgosi will become the new Mamelodi Sundowns president should the billionaire become the Confederation of ...
Sport
1 year ago