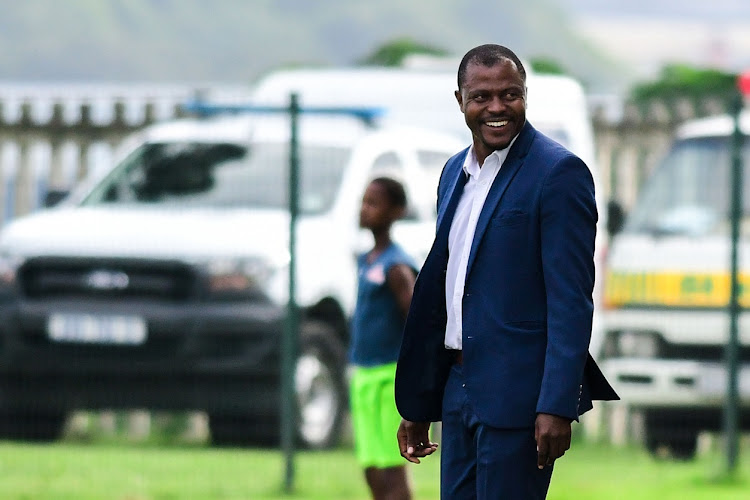 Yesterday, Bay coach Simo Dladla disclosed that beating giants Kaizer Chiefs 2-1 in the first round of the Nedbank Cup a fortnight ago earned him and some of his troops interest from a number of big clubs.

The Natal Rich Boyz hope to continue with their splendid form when they take on fellow second-tier side TS Sporting in the last-16 round of the Ke Yona Cup at Mbombela Stadium on Sunday (3pm).

The 41-year-old highly-rated Dladla is against the view that the interest in him and his players can destabilise the team. Bay are top of the GladAfrica Championship standings, with 27 points from 15 games. They are unbeaten in their last 12 outings, across all competitions. Bay’s last defeat was a 1-0 at home to Jomo Cosmos in December.

“For me it’s boosting your confidence when you’re a player and everyone is after you. It’s something that needs to be managed well, but I am not worried at all. I believe more in the structure than in individuals [insinuating even if they can lose some of the key players to big team they can cope]," stated Dladla.

Dladla, who hails from KwaNyuswa in Hillcrest near Durban, also warned teams against only focusing on his star player Khanyisa Mayo when they’re planning for them, saying there are a number of his troops who are threats.

“We play a very dynamic system. We have a certain structure, especially when we go forward. For teams to focus only on Mayo is a big mistake," Dladla cautioned.

“He [Mayo] missed around five games before we played Chiefs. Focusing on Mayo might allow other players to hurt them. We have many players who can do well for us.’’

Nedbank last 16 fixtures (all at 3pm unless stated)

TS Sporting coach Kabelo Sibiya may be frustrated that they have accumulated more draws (8) than any other team in the division but he’s still ...
Sport
11 months ago

Royal AM coach Floyd Mogale has insisted that young club chairman Andile Mpisane is getting game time as a midfielder at the GladAfrica Championship ...
Sport
11 months ago
Next Article