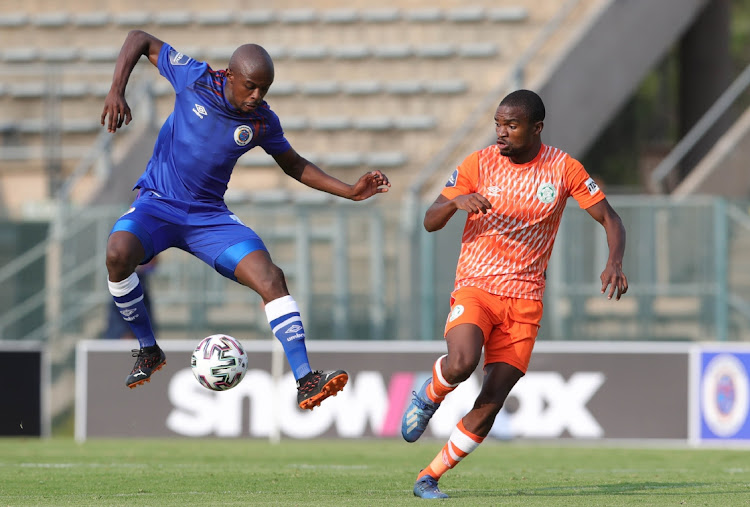 Coach Kaitano Tembo is pleased with the way SuperSport United have improved this season, although he feels they missed their target of 36 points after the halfway mark.

Matsatsantsa are second on the DStv Premiership table with 32 points, four behind log leaders and cross-town rivals Mamelodi Sundowns who are on 36.

“In terms of where we wanted to be, I think we are three points behind. We would have loved to get two points per game,” Tembo told the media in a virtual conference yesterday ahead of their match against Orlando Pirates at Lucas Moripe Stadium tomorrow (5pm).

“We’ve played 17 games, we should be at 36 points, but we are on 32. So we are four points behind. But overall, I think we have done better than last season.

“There is quite an improvement. I think we’ve done well considering the number of injuries we got, especially our influential players like Teboho Mokoena and Evans Rusike, all those players who have not played. They are slowly coming back, and I think in the second round, we will have a balanced team.

“This time of the season where we are should be an achievement because it is like a rebuilding process. You lose your top players, you turn to start to rebuild again."

SuperSport can reduce the gap between them and Sundowns to one point should they beat Pirates tomorrow in Pretoria.

The 50-year-old said they have to win the match after drawing their last fixture against Kaizer Chiefs and get back to winning ways to also close the gap on Sundowns.

“It is always important for us to win our matches, and we know that Pirates are a good team. They have been doing well, and they have been pushing to try and get up the log,” Tembo said.

“They also want to win this game, so it is always important for us to go out there with the right frame of mind and prepare very well and make sure we attack them from the word go because we are playing at home and probably get an early goal to try and unsettle them.”

SuperSport United's place on the Premiership standings at the halfway mark may be something to celebrate but coach Kaitano Tembo says the three-time ...
Sport
10 months ago

SuperSport United coach Kaitano Tembo is of the view that a poor first half is the reason they could not beat Kaizer Chiefs at the weekend. He felt ...
Sport
10 months ago
Next Article