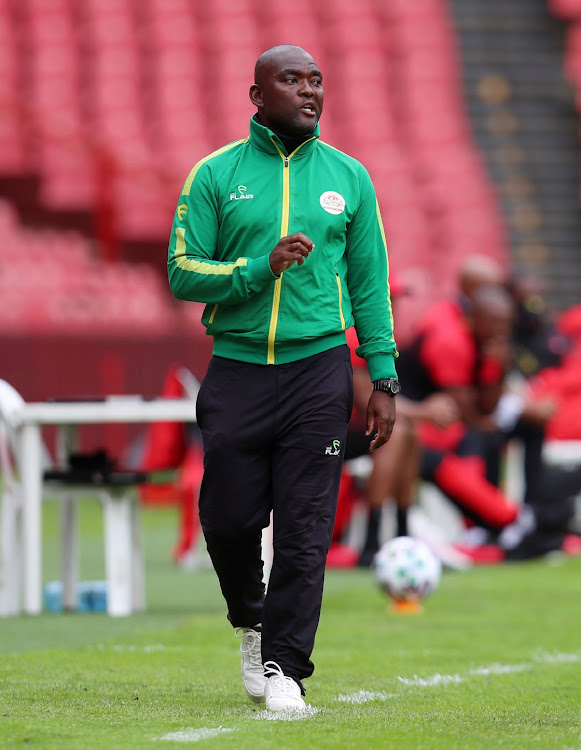 TS Sporting coach Kabelo Sibiya may be frustrated that they have accumulated more draws (8) than any other team in the division but he’s still positive they’ll achieve their promotion goal at the end of the season.

Sporting are 12th on the GladAfrica Championship table with 17 points, 10 behind leaders Richards Bay after 15 outings apiece. Sibiya concedes draws have set them back.

“We have drawn too many games, it’s frustrating but we haven’t given up on our goal. We still can win automatic promotion or go to the play-offs. We must just start winning games and do away with draws because they don’t take us anywhere,’’ Sibiya told Sowetan yesterday.

Sibiya, who made a name for himself in the ABC Motsepe League coaching a number of teams like Orbit College, Amavarara, Umvoti and Buya Msuthu among others, added that rebuilding the team also contributed to their uninspiring start to the season.

“Our team is new in terms of playing personnel. At the end of the previous season, we started afresh and brought in about 19 players. So, we always knew it would take time for us to hit the top gear. However, you can see that things are slowly coming together,” Sibiya stated.

“We are better now compared to when we started. Remember other players joined us three weeks after the season had started, so you can see that our inconsistency stems from a number of factors.”

Without going into details, Sibiya indicated the reason they assembled the squad a bit later was because players were hesitant to join them amid the Mbombela United saga at the end of the previous season.

“We got players very late because they weren’t sure about our situation [after they were initially relegated but got reinstated to the league after Mbombela were docked 23 points, having used Sabelo Ndzinisa, who had a contract with Sporting],” said the Sporting coach.

The 37-year-old Rustenburg-born trainer aims to use the Nedbank Cup to gain momentum and confidence that will help them in their league run. Sporting face second tier leaders Bay in the Ke Yona Cup last 16 at Mbombela Stadium on Sunday (3pm).

“The Nedbank Cup will help us with confidence. Beating Richards Bay is important because we need momentum to help us in the league,” Sibiya noted.

Orlando Pirates avoided the big guns in the Caf Confederation Cup group stage but were still handed a relatively tough grouping during a draw ...
Sport
1 year ago

SuperSport United's place on the Premiership standings at the halfway mark may be something to celebrate but coach Kaitano Tembo says the three-time ...
Sport
1 year ago
Next Article