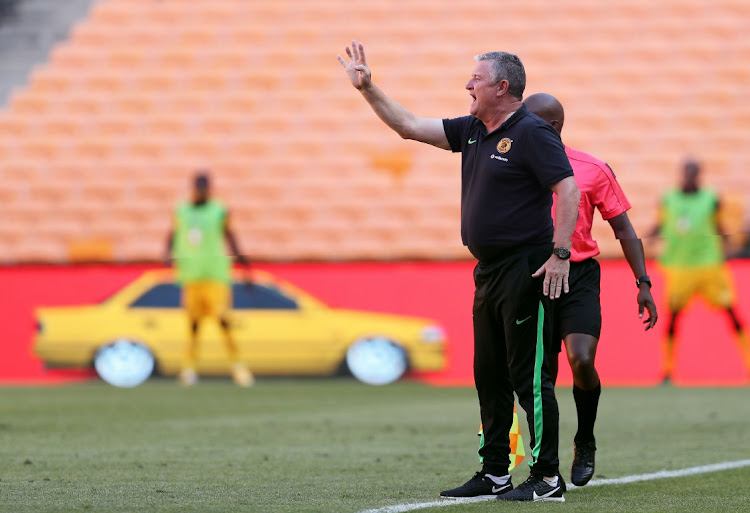 Gavin Hunt, head coach of Kaizer Chiefs during the DStv Premiership 2020/21 match between Kaizer Chiefs and Supersport United at the FNB Stadium, Johannesburg on the 20 February 2021
Image: BackpagePix

Kaizer Chiefs coach Gavin Hunt fell short of saying their performance in the 1-1 draw against SuperSport United at FNB Stadium on Saturday was their best so far this season.

“We showed good mentality. They [the players] are trying. We created enough chances but we did not convert. Creating chances shows you play well.’’

“Bernard Parker was the man of the match today [in fact, that honour went to SuperSport’s Thatayaone Ditlhokwe]. He was fantastic. I played him in central midfield because we don’t really have enough players there and he was really good. Mshini [Ngcobo] was very good,’’ said Hunt.

Just a moment after the hour mark, Amakhosi were forced to replace the injured Frosler and Willard Katsande for Philani Zulu and Daniel Cardoso. Hunt bemoaned these forced changes.

Kaizer Chiefs waste chances having to settle for draw against SuperSport

Kaizer Chiefs would have felt they deserved more than a point, but Gavin Hunt's work in progress Amakhosi will need to strategise to consolidate a ...
Sport
10 months ago
Next Article