Hunt left to scratch his head over Khune, Akpeyi 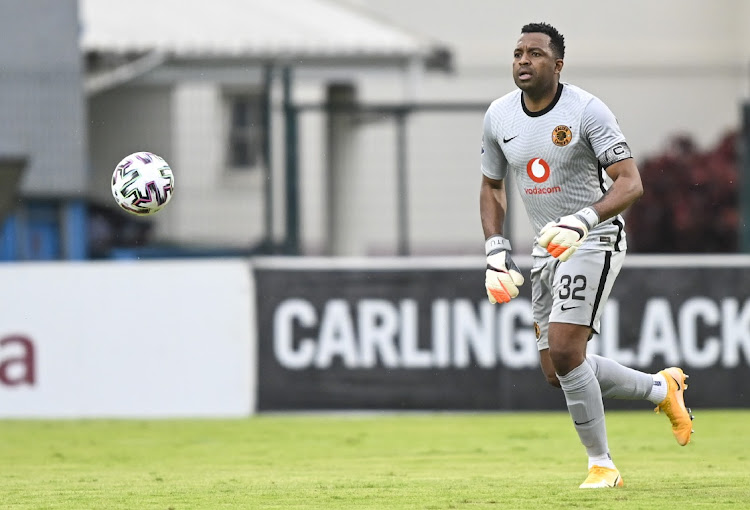 Kaizer Chiefs coach Gavin Hunt has been left with no one to trust in his goalkeeping department.

Itumeleng Khune and Daniel Akpeyi, the two goalkeepers with international experience, have been erratic for Amakhosi this season.

The duo have made several costly blunders, and Hunt admitted following their 1-2 defeat to AmaZulu at FNB Stadium on Wednesday that this is a big concern.

Khune returned to the starting line-up following a two-month absence since being dropped back in December after costly blunders in successive games against Black Leopards and SuperSport United.

The Bafana Bafana goalie made a questionable decision in Usuthu's second goal scored by Lehlohonolo Majoro as he failed to clear the ball from a corner kick.

Akpeyi, the Nigerian goalkeeper, also didn’t make use of the opportunity. He made costly errors when Chiefs were eliminated in the Nedbank Cup first round by minnows Richards Bay two weeks ago.

“It’s not the place nor the forum to talk, sorry to talk like that, but it is a big concern, yes since I have been here and it is something we just need to keep on working on,” Hunt told the media after the game.

“Hopefully, we can improve. But certainly, I think it is a bit more than that you mentioned. It is a bit of a concern, big concern.”

Hunt also explained why he decided to bring Khune, who has now conceded 12 of Amakhosi's 19 goals in the DStv Premiership. “With the goalkeeping, it has been a problem, so I thought it was the right time to bring Itu back,” he said.

While the goalkeepers are under scrutiny at the club, the discipline also seems to be a problem as Chiefs had to finish the match with one man down twice in succession.

Against Usuthu, Darrel Matsheke was given his marching orders for a second booking while the match was 1-1 in the second half and went on to lose. Defender Siphosakhe Ntiya-Ntiya was also given a red card against Richards Bay, and Chiefs went on to lose 1-2.

“We have a few more red cards this season already, so it is a concern, but it comes from various things, and it is not good if you look at it. We also have to look at the situations. It is not good, and we know that.”

Chiefs will look to end their three successive defeats in all competitions when they host in-form SuperSport at FNB Stadium tomorrow (3pm). “We have to try and get through this. As much as we had those five games unbeaten, we were not that great, and the games that we lost were better, and we lost.”

Chiefs keeper cements his love for cars with a degree

Kaizer Chiefs are just out of ideas, 10-man Amakhosi slumping to a 2-1 DStv Premiership defeat at FNB Stadium on Wednesday to an easily more alert, ...
Sport
9 months ago
Next Article