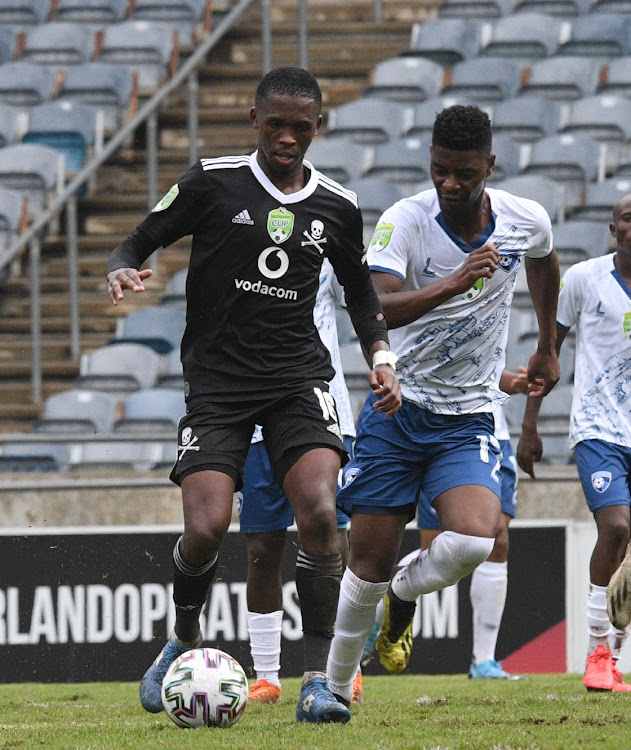 Despite their emphatic victory in the CAF Confederation Cup first-leg in Gaborone last week, Orlando Pirates will not underestimate Jwaneng Galaxy in the return leg which takes place at Orlando Stadium on Sunday (5pm).

The Soweto giants have one foot in the group stages after a commanding 3-0 victory over the Botswana-based outfit in the first leg.

But coach Josef Zinnbuaer and Bucs skipper Happy Jele will not let their guard down against the minnows in the return leg.

Tshegofatso Mabasa and Zakhele Lepasa are still out injured and Gabadinho Mhango is doubtful for this game. But Thabang Monare will make his return from injury and the coach is also expected to make a couple of changes with one eye on their next DStv Premiership against SuperSport United on Wednesday.

Congolese striker Jean-Marc Mundele, who is on loan from AS Vita, is expected to play again and the coach said his confidence was boosted by the goal he scored in Gaborone. Former Bidvest Wits star Terrence Dzukamanja is one of the players expected to make the starting lineup.

"It is not done and dusted yet. Jwaneng have nothing to lose and everything to gain. We want to qualify for the group stages. We played well in the first leg, but we have to finish off the job at home in style. Jean is confident ahead of this game and he could play again," said Zinnbauer.

Jele said it's important to win the game with a higher aggregate scoreline. "We are focused and we want to go to the group stages. The preparations are going well and winning this game will boost our confidence going into the league," said Jele.

Pirates won their last three games in all competitions and are the favourites to add another win. "We won't take Galaxy for granted. Winning our home games will send a strong message to the other teams in this competition," added Jele.

Orlando Pirates coach Josef Zinnbauer believes there is more to come from Jean-Marc Mundele now that the Congolese striker has opened his scoring ...
Sport
11 months ago

Sebola: It was key for Makusu to get off the mark