Benni urges Mahlambi to pull up his socks 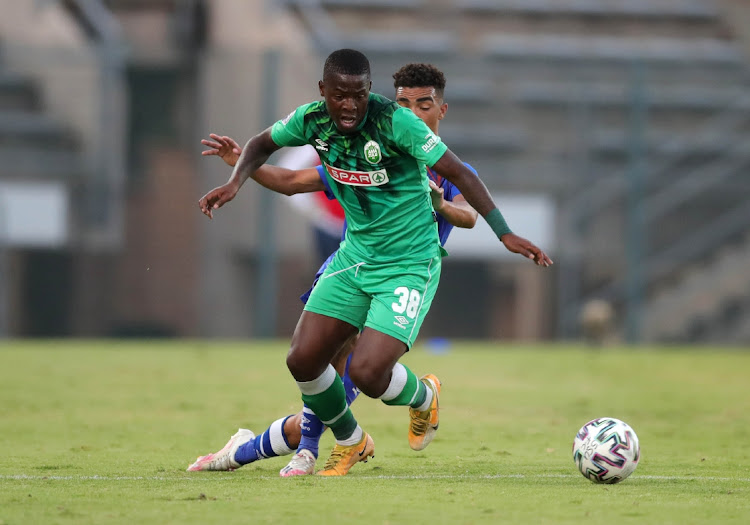 Almost forgotten attacking midfielder Phakamani Mahlambi has been warned that talent alone is not enough to earn a place at AmaZulu and that he will need to work hard.

Mahlambi has made only two appearances for Usuthu since his loan move from Mamelodi Sundowns in December.

AmaZulu coach Benni McCarthy insists there is no favouritism at the club and players who are now playing earned their place by working hard and not believing in talent alone.

“I’m not a person who has anything against anyone. I think players have to impress themselves and with me, [I would choose] hard work over talent,” McCarthy told the media after their 2-1 victory over Kaizer Chiefs at FNB Stadium on Wednesday.

“I say that all the time. If you have talent, you have to match that with hard work. If I don’t see players giving me what I’m looking for and they are players who are willing to sweat blood and tears, I’m going with that.

“So players need to understand that you can have all the talent in the world, but you still need to work hard. I’m not saying he is not working hard, but some players are working exceptionally hard, and they found themselves in the team.”

McCarthy added that players who are not working hard would not play.

“If you are not in the team, it is because maybe you are not doing enough. You need to match the efforts of the players who are on the pitch.

“That’s how I work. There is no favouritism or bias. It is just pure hard work and talent, that’s how I am, and I’m not going to change. If you don’t work enough and you want your teammates to work for you, then I’m not your kind of a coach.”

“He knows what he has to do for his career. We tried our best as well to help him. He is a very talented player, he knows what he can offer, but I think at times players must also take full responsibility for their careers,”  Mngqithi said after Sundowns beat Baroka 2-0 at Loftus Versfeld on Wednesday.

AmaZulu's attacking midfielder Siphelele Magubane has every reason to believe Usuthu are capable of causing another upset and defeat Kaizer Chiefs ...
Sport
11 months ago

Benni McCarthy believes the two debutants he fielded in a draw against Swallows FC at the weekend give AmaZulu options when they meet Kaizer Chiefs ...
Sport
11 months ago
Next Article