Image: Ian MacNicol/Getty Images Bongani Zungu of Rangers looks on during the warm up prior to the Ladbrokes Scottish Premiership match between Rangers and Hamilton Academical at Ibrox Stadium on November 08, 2020 in Glasgow, Scotland.

Bafana Bafana star Bongani Zungu might have put his future at Rangers in jeopardy being caught among a group of five players breaking strict lockdown restrictions in a house party in Scotland.

Rangers manager Steven Gerrard has said he feels "let down" after Scottish police broke up a house party where Zungu‚ Nathan Patterson‚ Calvin Bassey‚ Dapo Mebude and Brian Kinnear were present in the early hours of Sunday morning. The five are self-isolating‚ and face being suspended by the club.

Three - Zungu‚ Patterson and Bassey - were in contention for Rangers' travelling squad to meet Antwerp in Thursday's Europa League last-32 tie in Belgium.

Gerrard said he will have a heart-to-heart discussion with all five players.

"First and foremost we have to acknowledge that five of our players have been involved in a breach of the Covid regulations‚ which‚ from the top of the club to the bottom‚ we're all really disappointed in‚" Gerrard told Rangers TV.

"That will be dealt with internally. The players will be fined. And we are in dailogue with the Scottish FA and the government moving forward to find the solution in terms of them boys.

"They've been removed from the squad and the club for now on a short-time basis once they isolate. And I'll sit down with all them boys face to face once it's allowed to do so.

" ... It won't affect us as a group - I've absolutely delighted with the group in terms of their application."I feel personally let down by recent events. But I'm trying to move forward and focus on the important things‚ which is preparing the team for the huge game against Antwerp."

A Police Scotland spokesman was quoted on BBC.com as saying: "We received a report of a gathering at a property in Hayburn Lane‚ Glasgow‚ around 1.10am on Sunday‚ 14 February. 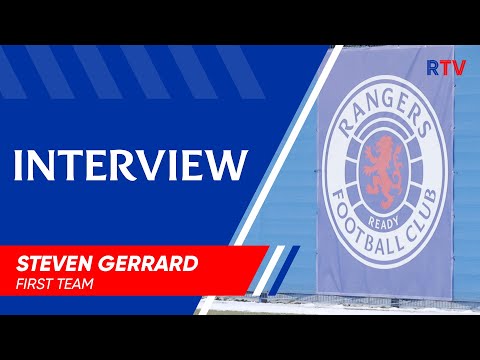 "Officers attended and those in attendance left. Ten people were issued with fixed penalty notices for breaching coronavirus regulations."

The incident was discussed at government level‚ with Scotland's first minister Nicola Sturgeon urging football to make sure its "house is in order".

Two months ago players Jordan Jones and George Edmundson were banned by Rangers for three weeks for attending an illegal house party‚ and then sent on loan to English teams.

Zungu joined Rangers in a high-profile move from relegated Ligue 1 club Amiens in October last year. His transgression comes as the player has recently struggled for game time at the Gers.

Legendary Rangers manager Alex McLeish had called Zungu a “work in progress” this week‚ and urged the club to be patient with the 28-year-old.

The Bafana star - South Africa's best and biggest export at present, along with Brighton's Percy Tau - has a history of being embroiled in sticky situations. Days after joining Vitoria Guimaraes in Portugal from Mamelodi Sundowns, a leaked video of a naked Zungu fondling himself went viral on social media.

In September 2017 Zungu was named among a group of Bafana players being investigated for partying hard after a 2-1 2018 World Cup qualifying defeat to Cape Verde in Durban.