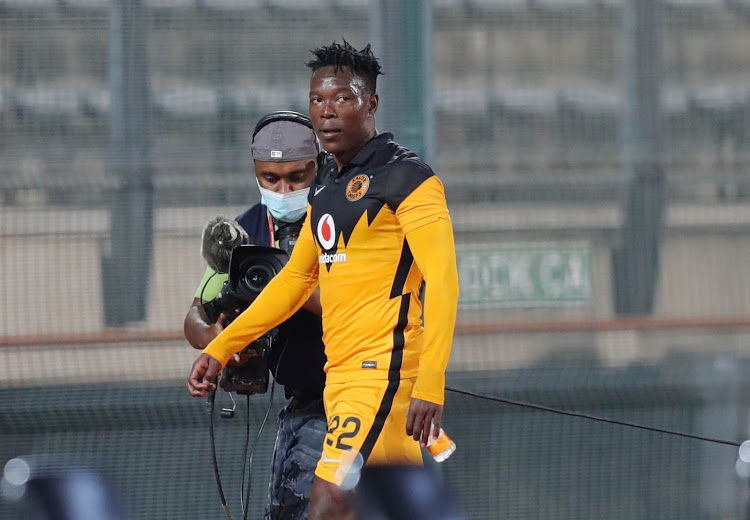 Philani Zulu says Kaizer Chiefs have to bounce back from their Nedbank Cup disappointment against AmaZulu in the league.
Image: Samuel Shivambu/BackpagePix

Memories of Kaizer Chiefs' embarrassing defeat to lower tier side Richards Bay in the Nedbank Cup a little over a week ago are still very fresh in Philani Zulu's mind.

The midfielder is still trying to come to grips with the humiliating loss they suffered at the hands of a first division side and he is hopeful that coach Gavin Hunt's limping side can put the shock result behind them as they prepare for an even trickier league outing against Benni McCarthy's AmaZulu at FNB Stadium on Wednesday.

Chiefs' stunning 2-1 defeat to Richards Bay was so shocking for Hunt that he called it the most embarrassing loss in his 27 years as a coach.

Amakhosi fans will feel that the embarrassment extends beyond Hunt's career as a coach and wades into the club's 50-year existence in South African football.

Zulu admitted that it was a sad day in Naturena.

“I mean‚ looking at how we played in the last game [against Richards Bay] and getting knocked out of the Nedbank Cup‚ it was sad‚ it was a saddening thing to go through.

“Now it is up to us to just pick up our feet and look forward to Wednesday to the game against AmaZulu‚” he said.

AmaZulu will certainly be no slouches and they appear to have stepped up a gear since McCarthy took over as coach last month. The former Bafana Bafana striker has transformed them into a dangerous side and Zulu admitted that the Durban side has enough guns to ensure the continuation of a torrid month for the limping Chiefs side.

“It is not going to be an easy game. I mean they were playing on Sunday [against Swallows FC in a league match that ended 0-0] and now they will have that momentum going forward‚ and we have not been playing since the previous game in the Nedbank Cup match [against Richards Bay].

“So it is up to us as players to just keep our feet on the ground and our heads held up high‚ continue working hard and looking forward to the next game.

AmaZulu have climbed to seventh place on the standings and have grown in confidence in the last few games‚ as evidenced by the 0-0 draw with high-flying Swallows FC in Soweto on Sunday.

“It is going to be a different ball game because they have more confidence now‚ they play well as a team going forward‚ they can keep the ball. I mean they are a very structured team and they are even more offensive than they were before‚” said Zulu.

“So it is up to us to bring our A-game just as much as they are going to be on top. So we have to match them in every way and we are very much prepared.”

Chiefs have been inactive for days after their Champions League match against Morocco's Wydad Casablanca was called off last week. The Moroccans rejected Chiefs' applications for visas‚ citing fears over Covid-19 as the reason.

“As much is it was [disappointing] for us not to play in Caf‚ it has given us more time to reflect on ourselves and to prepare more as a team because we needed that.