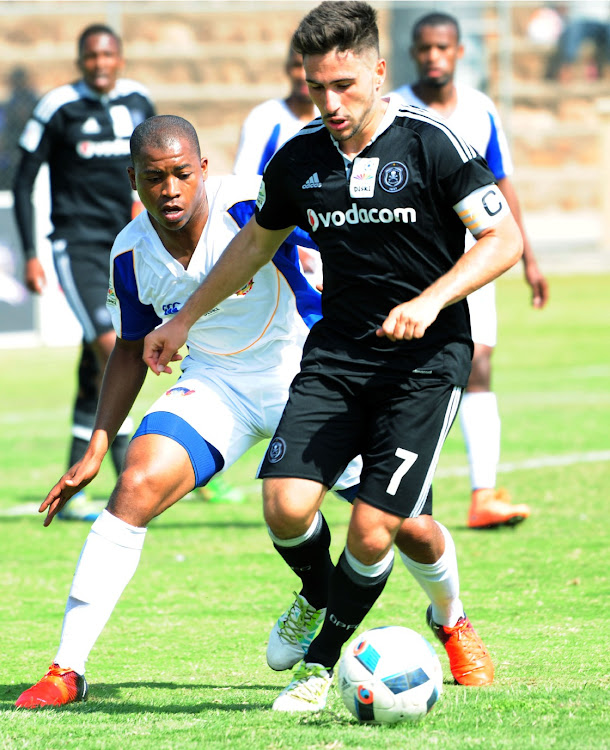 After being tipped as one of Orlando Pirates' future stars, having come through their junior ranks, Ricardo Lourenco’s career has taken a nosedive.

The 25-year-old midfielder was released by Pirates two years ago despite starring for their reserve team as captain and showing real promise in the playmaker role.

Before joining Pirates, he played for the Bidvest Wits academy, before moving to Europe, where he turned out for Dutch club PEC Zwolle’s under-21 side in 2015.

On his return to SA in 2016, he joined Pirates and was one of the top players in the Diski team.

He is now in Botswana playing for Jwaneng Galaxy, and has a chance to prove a point when they face Pirates in the first leg of the CAF Confederation Cup playoff tie at Botswana National Stadium in Gaborone on Sunday (3pm).

“It is more of a fact that I play another game and get to test myself against a good opposition more than me trying to prove anything to Pirates,” Lourenco told Sowetan yesterday.

“I’m playing against my former team, there is a lot of talk about that, but I’m more focused on my own game and not trying to prove [anything] to people ... I want to showcase my talent on an international stage.”

Asked why thinks his career didn’t take off in the PSL after so much promise, Lourenco said he does not dwell on that.

“Things did look quite promising at the start and there were plans for things to progress, and it just ended up not happening. I don’t dwell on it too much any more. It is two years ago and I’ve moved on.”

Having already played against Mamelodi Sundowns and lost 5-1 on aggregate in the Champions League to drop to the Confederation Cup, Lourenco said they fancy their chances against the Buccaneers.

“Everyone is under the impression that Pirates are beatable, but they have different qualities to Sundowns,” he said.

“We think we can get something from the tie and progress into the group stages, but we have to play well. Nothing is going to be given to us.”

Orlando Pirates coach Josef Zinnbauer had plenty of reasons to celebrate after his side got their DStv Premiership campaign back on track with a 2-0 ...
Sport
1 year ago

Orlando Pirates coach Josef Zinnbauer says it is the frequency of games coming thick and fast that is necessitating a high turnover of line-up ...
Sport
1 year ago
Next Article