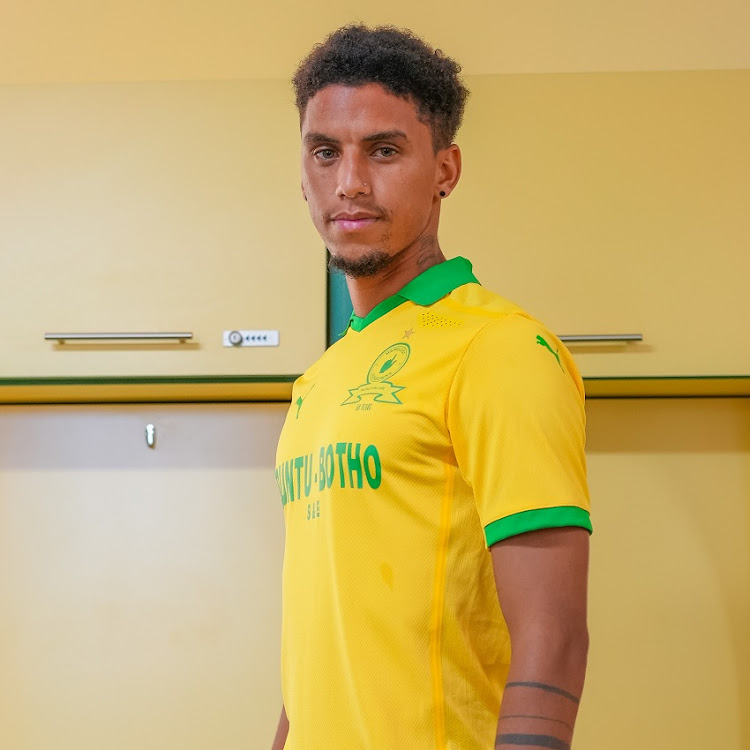 Sundowns have indicated they will have a new central midfield role for centreback De Reuck‚ the 2019-20 PSL Defender of the Season who the Brazilians signed from Maritzburg United on January 30.

Sundowns co-coach Rulani Mokwena said on Thursday the new signing has been registered for the Champions League‚ and cleared his medical examination‚ and is available for selection against Hilal.

“De Reuck has started training this week – he trained with us officially on his birthday [on Tuesday]. And‚ ja‚ he’s registered for Caf‚” Mokwena said.

“His medical situation has been resolved and‚ ja‚ he’s registered for Caf and should be available for selection.”

Hilal have a proud record of providing stern opposition in the Champions League.

They have reached the semifinals five times‚ the first time in the inaugural Champions Cup in 1966. They had to wait until 2007 to repeat the feat and since then have also appeared in the last-four in 2009‚ 2011 and 2015.

Since their 2015 semi Hilal competed in the group stages on 2017‚ and again in 2019-20‚ where they finished third by a single point (10) to second-placed quarterfinal qualifiers and eventual tournament winners Al Ahly (11) and top-placed Étoile du Sahel (12 points).

Mokwena said Sundowns were able to give players two days off last week‚ and another this week‚ from their tough 3-2 extra-time Nedbank Cup last-32 win against Stellenbosch FC.

The break will be much-needed following a January where matches came thick and fast‚ and with Downs entering a gruelling month-and-a-half where they compete on three fronts in the Champions League‚ Nedbank and DStv Premiership.

“We’ve had now what in our periodisation we call a ‘neutral week’‚ because we last played last week‚” Downs’ co-coach said.

“So we gave the players a couple of days off [Thursday and Friday] last week with relation to the upcoming cycle‚ where we know the games are coming every few days for the next month-and-a-half before maybe the Fifa break [in March].

“So it was to try and give some recuperation time to the players‚ and then restart. And we restarted on Monday where we worked a bit on the tactical side of what we can expect‚ not just in relation to the Sudanese team but particularly for the Caf Champions League campaign.

“We worked two days this week‚ Monday and Tuesday‚ and had Wednesday off. And then we resume again with match-day minus-2 [Thursday]‚ and match-day minus-1 tomorrow [Friday]‚ and hopefully then we are ready for a very difficult game on Saturday.”

Sundowns are also drawn with five-time champions TP Mazembe of Democratic Republic of Congo and Algeria’s CR Belouizdad in Group B.