It gives us an opportunity to improve our log position, says Lekay

TS Galaxy to focus on league after cup elimination 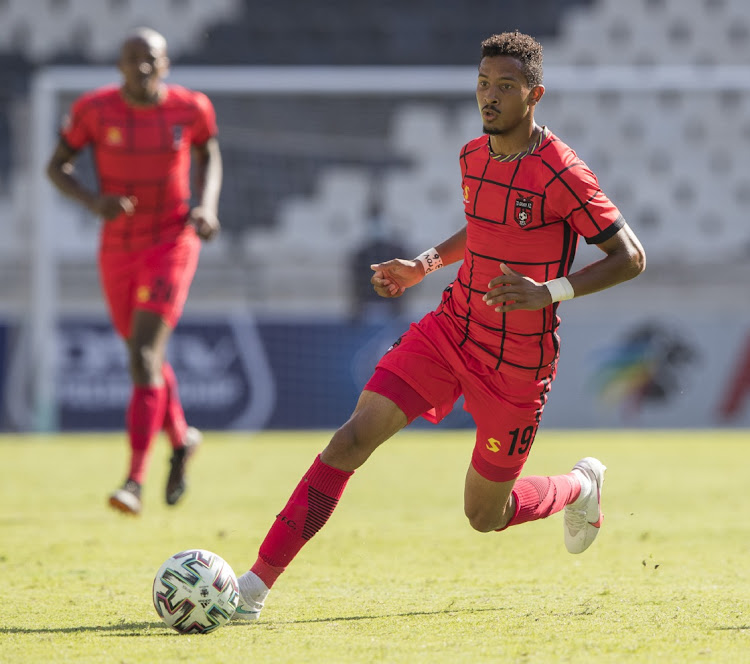 TS Galaxy striker Wayde Lekay feels their early exit in the Nedbank Cup will help them as they look to finish higher in the DStv Premiership.

The Rockets were eliminated from the knockout competition following their 4-5 penalty loss to TS Sporting in the first round at the weekend.

But Lekay believes this is an opportunity for them to focus on improving their position on the log table. They sit 10th with 15 points from 14 matches following three wins, six draws, and five defeats.

“It is a goal for us at the moment to try and win as many games as we can, with us only having a league to focus on,” Lekay told Sowetan yesterday. “It gives us an opportunity to improve our log position, sort out our combinations and fix areas that we were lacking and bring in as many points as we can.

“At the moment, what we are planning is we don’t want to see ourselves at the bottom of the table again. If we can pick up as many points as possible now and survive this season, it would be a good thing. We want to finish as high as possible. You win two or three games, you find yourselves in the top eight. You lose two or three, you find yourself at the bottom of the log.”

Galaxy have done well in their last three league matches with two victories against Maritzburg United and Black Leopards while drawing with Orlando Pirates away.

The 23-year-old emphasised the need to keep consistency if they are to move up the table. Their next match is against Chippa United on February 20 away at Nelson Mandela Bay Stadium, where they would be looking to avenge their 0-1 defeat in the first round. “The next game is the most important. We have a bit of a time and a break this weekend.

“Chippa are playing Bloemfontein Celtic. It gives us time to prepare both mentally and physically for that game. But I’m happy that in the three games that I played, I scored, and it is a good feeling to help the team win as it brings a lot of confidence. Now I want to score as much as I can.”

Now that they have returned to winning ways, TS Galaxy are hoping to use that momentum when they host TS Sporting in the Nedbank Cup first round at ...
Sport
1 year ago
Next Article