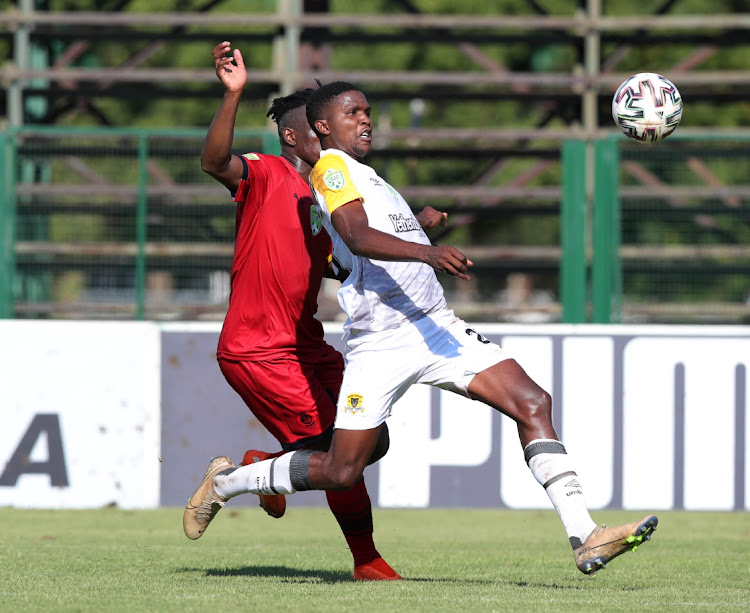 Black Leopards interim coach Lehlohonolo Seema hopes their Nedbank Cup 2-1 victory over Jomo Cosmos at the weekend can prove to be a turning point for his side.

Leopards had not tasted a victory in four matches before the Cosmos game, but Seema watched his side progress to the next round of the cup competition following the hard-fought win.

Ovidy Karuru scored a brace to send them through, and Seema said they needed this win to boost their confidence.

“We take any win. We needed a win after going through a rough patch, and I think it is a turning point because the fighting spirit was there,” Seema told the PSL media after the match.

“We worked hard, and at least we had something to show. However, there is still some room for improvement, but we will work on that.

“I’m happy that we are through to the next round because it gives you an extra competitive match than going one week without having a game.”

Lidoda Duvha are one of the candidates to be relegated this season as they are at the bottom of the DStv Premiership table with nine points from 14 matches.

But Seema is encouraged with the fighting spirit his players showed and wants to build on that going forward.

“We are taking a lot of positives and negatives. The good thing is after conceding like that [immediately after Leopards scored], sometimes when we concede, we are down, but the guys now fought even more,” he said.

“That’s what it is encouraging, the fighting spirit, and we will rectify some of the things we think we can improve, and I’m happy with their performance.

“People will be expecting us to get a result now, and this game has prepared us against our next opponents in the league, Baroka."

Defending champions Mamelodi Sundowns were drawn against Polokwane City in the last 16 stage of the Nedbank Cup during the draw conducted by the PSL ...
Sport
1 year ago

Benni McCarthy is appreciating the support he’s getting from new AmaZulu owner Sandile Zungu.
Sport
1 year ago
Next Article