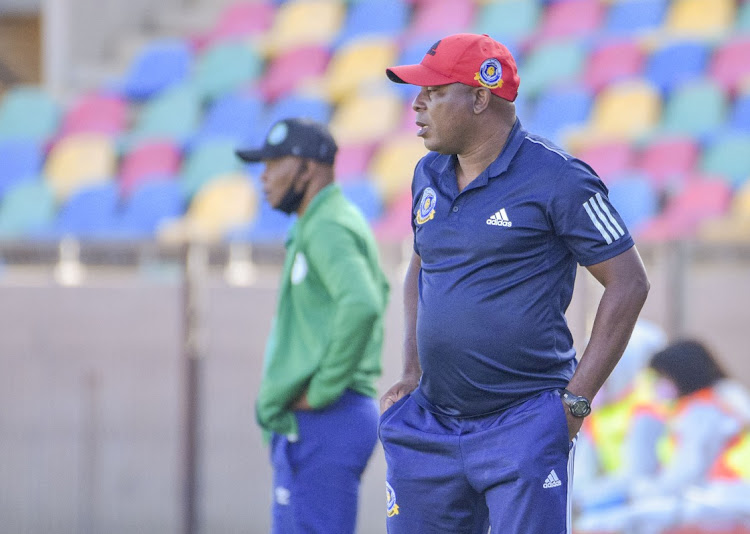 Joel Masutha hopes his successor at Tshakhuma Tsha Madzivhandila (TTM) will have enough support to succeed at the club where he couldn’t.

Masutha's contract with TTM was terminated last week after new owner Abram Sello took over, and the outgoing coach said he endured some difficulties under the previous owners during his stay.

The former coach admitted that it was a struggle to keep his players motivated as the troubled club remained in the headlines for all the wrong reasons.

Dylan Kerr has replaced him at TTM and Masutha is confident he will get enough support from the new owner.

“I wouldn’t want anyone to experience what I experienced in five or six months,” Masutha told Sowetan yesterday.

“If the players are happy and everything is done properly then there is no reason for whoever will take over not to succeed.

“I didn’t know that I have a strong heart. The situation tested me and even reached the level where I never thought I would be, in terms of working very hard to motivate the players.

“We also tried to make sure that we never missed a match. We went to games with players even though mentally they were not ready, but the motivation that I gave to them made them want to fight.

“There were only two games where I believe we deserved to lose, and those were [against] Kaizer Chiefs and Orlando Pirates where we played badly. But other games, under the circumstances, the players did well. l left the club being a better person and I tried to show maturity.”

The 37-year-old coach added that he holds no grudges against new owner Sello even though his contract was terminated soon after TTM beat SuperSport United 1-0 in the Nedbank Cup on Thursday.

“I understand that when you spend such an amount of money, obviously you will want someone to trust and take care of your investment,” he said.

“I don’t hold grudges against anyone. In football you can’t have permanent enemies. I’ve not worked with the guys [new owners] for long, but I have worked with the players for a long time. The fact that I know what the players went through under a difficult situation makes me feel that I will never have anything against the club. I want the team to do well.”

Dylan Kerr resigned from his job as head coach of Black Leopards over a fallout he had with assistant-coach Lehlohonolo Seema‚ a source has alleged.
Sport
10 months ago
Next Article