Phunya Sele Sele have let in eight in past two games 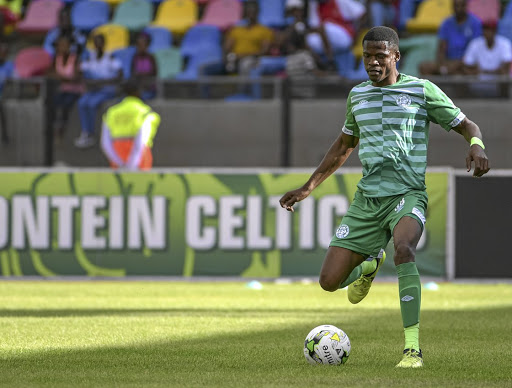 Cape Town City elbowed Celtic out of the cup by humiliating them 4-0 in the last 32 at Cape Town Stadium on Saturday, while SuperSport lost to bottom club Tshakhuma Tsha Madzivhandila in Venda last week.

One of the talking points leading up to today’s clash is that Phunya Sele Sele have leaked a whopping eight goals in their past two games across the league and Nedbank Cup. Before their Ke Yona Cup loss at the weekend, Celtic had lost 4-3 to AmaZulu in the league in midweek.

Against Usuthu, Celtic coach John Maduka deployed Thato Lingwati and Tshepo Rikhotso as his central defensive pairing. However, against City they were dropped for Lucky Baloyi and Mzwanele Mahashe.

That the Baloyi-Mahashe partnership also didn’t work could force Maduka to tweak his defence again today against a team that boasts the league's leading scorer, Bradley Grobler, who has 12 strikes.

Log leaders Mamelodi Sundowns are on 33 points, five ahead of Matsatsantsa, and a win would see them narrow the gap. In recent games, Grobler and his strike partner Thamsanqa Gabuza have shown an amazing understanding. The state of the Celtic rearguard could make it easy for the SuperSport duo to find joy. Celtic are 12th on the log on 14 points, five away from the relegation zone.

The absence of goalkeeper Jackson Mabokgwane in the last two games against AmaZulu and City also compounded Celtic's woes at the back. Sipho Chaine was in goal against Usuthu. After conceding four, he was dropped for Mondli Mpoto, who also let in four against the Citizens.

Mabokgwane was subbed in last month’s goalless league draw at Sundowns after appearing to have dislocated his shoulder and it's unclear when he will return to action.

Black Leopards interim coach Lehlohonolo Seema hopes their Nedbank Cup 2-1 victory over Jomo Cosmos at the weekend can prove to be a turning point ...
Sport
9 months ago
Next Article