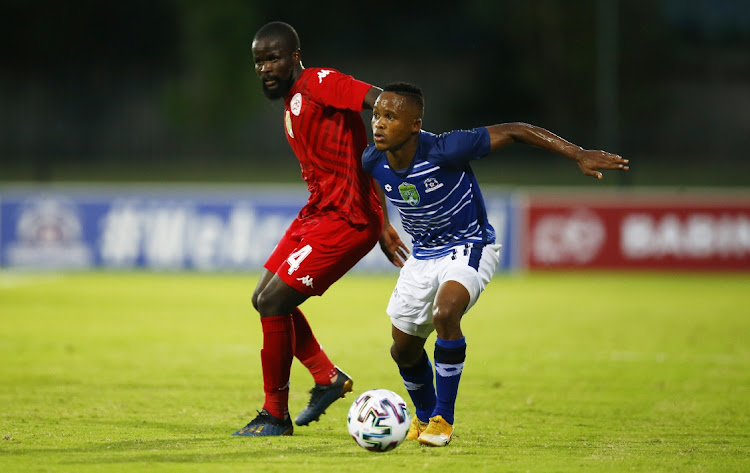 DStv Premiership strugglers Maritzburg United and Tshakhuma Tsha Madzivhandila used the Nedbank Cup competition to boost their confidence heading into their league meeting. The two teams registered morale-boosting victories against SuperSport United and Sekhukhune United in the first round of the cup competition.

Maritzburg overcame GladAfrica Championship table-toppers Sikhukhune United 2-1 at the Harry Gwala Stadium on Friday. Venda-based TTM recorded a 1-0 victory against SuperSport United to book a spot in the last 16 in Limpopo.

After a string of losses in the league, both teams needed positive results to bounce back to winning ways. They will now meet in a bottom-of-the-table clash at the Harry Gwala Stadium on Friday (5pm).

Goals by Tebogo Tlolane and Sibusiso Hlubi gave coach Ernst Middendorp’s charges the win. Tshakhuma pulled off an upset over the three-time league champions when striker Thabo Mnyamane scored against his former team.

The impact of the coronavirus has affected the recent transfer window as not much is happening in the market.
Sport
11 months ago

Middendorp was all smiles after the win. “We qualified for the next round and that’s what matters. We have a big game coming up against TTM and we needed the confidence going into that game,” said a jubilant Middendorp.

The German tactician made a couple of changes with one eye on the league game against TTM.

The Team of Choice survived a late scare when the visitors pulled one goal back from the boot of Sibusiso Mbonambi in the 90th minute. The referee added five minutes and Maritzburg endured a nervous ending to the game. “We switched off in the last five minutes. That is why we have nine points in the league, because these stupid mistakes take us back, and we have to fix it,” Middendorp said.

TTM coach Joel Masutha was surprisingly sacked after the heroic win over SuperSport, with Dylan Kerr replacing him.

TS Sporting eliminated former champions TS Galaxy 5-4 on penalties after their game ended in a goalless draw after extra time in the Mpumalanga derby played at the Ellis Park Stadium.