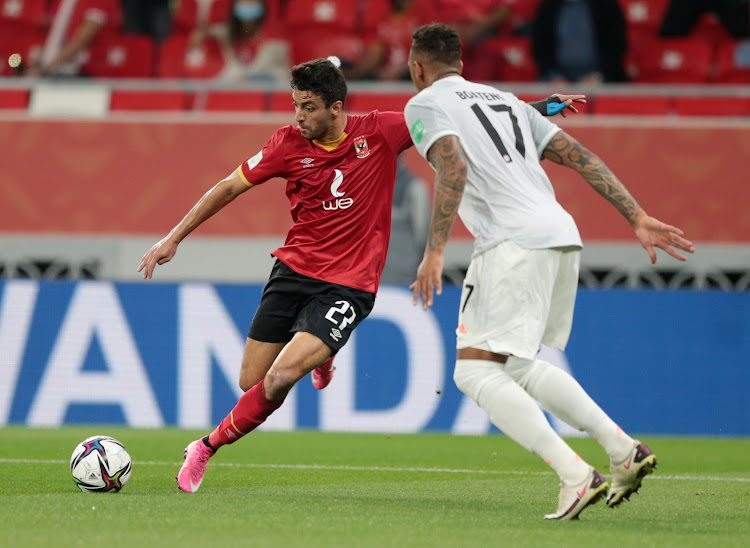 Pitso Mosimane’s attempts of guiding Al Ahly to the final of the Fifa Club World Cup went up in smoke as they were defeated 2-0 by European champions Bayern Munich at the Ahmad Bin Ali Stadium in Doha, Qatar, on Monday.

The match was settled by a goal in each half by the devastating Robert Lewandowski who showed his quality and ruthlessness in front of goal to punish the gallant Egyptians who were not outclassed.

Lewandowski opened the scoring after 17 minutes when he latched on to a low pass from Germany international midfielder Serge Gnabry inside the box and registered his brace five minutes from time.

For the opening goal‚ Bayern managed to stretch the Al Ahly defence and when they arrived in the box Gnabry laid the ball for the ruthless Lewandowski who beat goalkeeper Mohamed El-Shenawy.

Al Ahly’s mission to bounce back after the opening goal was dealt a blow when Ali Ma’aloul was forced off the pitch after 27 minutes with an injury and he was replaced with Yasser Ibrahim.

For the second goal‚ Leroy Sane put the ball on the path of Lewandowski who had an easy task of putting the ball in the back of the net.

During their exchanges‚ Al Ahly at times struggled to come with the relentless attacks of superior Bayern attackers in the form of Lewandowski‚ Thomas Müller‚ Kingsley Coman‚ David Alaba and Gnabry.

It was not all Bayern on the attack as Al Ahly also created opportunities and mainly through Ma’aloul‚ before he was replaced‚ Taher Mohammed‚ Mohamed Hany and Hamdi Fathi.

They troubled the Bayern defence that was marshaled by Jerome Boateng and Pavard Benjamin on occasions but they could not find their way past opposition goalkeeper Manuel Neuer.

This means Al Ahly have once again failed to qualify for the Fifa Club World Cup final after they reached semi-finals in 2006 and 2012 and Bayern will meet Tigers UNAL of Mexico in the decider on Thursday.

This result is also likely to draw criticism for Mosimane in Egypt from a section of club legends who have not warmed up to him and have been critical of him in recent weeks despite having made it to the semi-final.

This is the second time that Mosimane has coached at the Fifa Club World Cup as he was in charge of Mamelodi Sundowns in 2016 in Japan where they lost their two matches against Jeonbuk Hyundai Motors of South Korea and Kashima Antlers of Japan.

Al Ahly will now take on Brazilians side SE Palmeiras on Thursday in the third and fourth play-off.