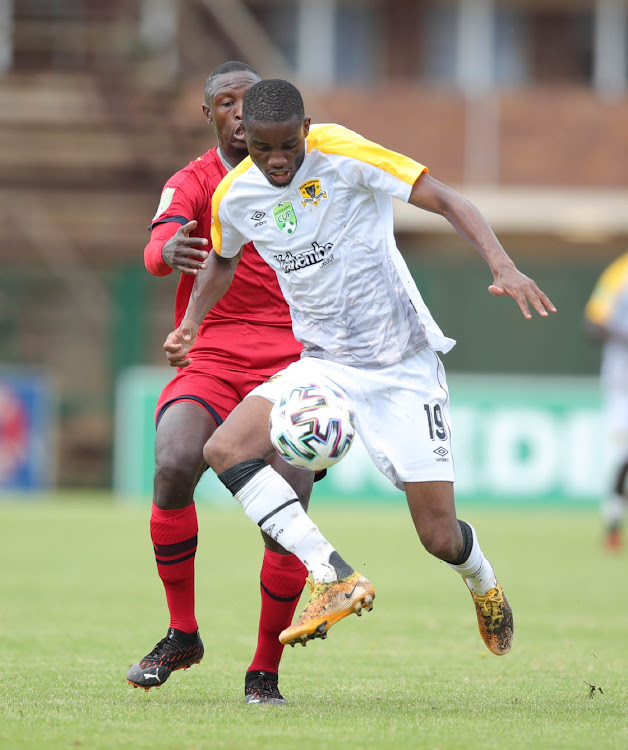 A late brace from Ovidy Karuru was enough to send Black Leopards through to the next round of the Nedbank Cup as they edged Jomo Cosmos 2-1 at Olen Park Stadium in Potchefstroom yesterday.

In a match where Cosmos dominated and created enough chances, Leopards used their Premiership experience in the end to progress to the second round of the competition, while ending their four-match losing streak.

Karuru gave Leopards the lead with eight minutes remaining. But their joy was short-lived as Cosmos hit back immediately to make it 1-1 through Khethukuthula Zwane.

Just as it looked like the match was heading to extra time, Karuru completed his brace to make it 2-1 and ensure Leopards weren't upset by the GladAfrica Championship side.

The victory offered Leopards a reprieve from their disappointing league form, which saw them suffer four successive defeats to drop to the bottom of the DStv Premiership.

Cosmos, on the other hand, are still looking for their first win at home this season, with all their five victories in the GladAfrica Championship having come on the road.

But it was Ezenkosi who looked sharper in the opening half as Leopards struggled to get going.

Mamelodi Sundowns were matched blow-for-blow by Black Leopards, and in the end it was the 10-man Brazilians who smash and grabbed a late 2-1 DStv ...
Sport
10 months ago

The home side had chances to open the scoring but poor decision-making in the final third was the difference. Even though nothing could separate them at the interval, Cosmos were by far the better side, with Lidoda Duvha struggling to string passes together.

Cosmos continued to dominate in the second half as they searched for the opener, but their finishing let them down again.

Leopards failed to show that they are a Premiership team as they offered nothing going forward.

But towards the closing stages of the match, Leopards slowly started coming back to the game and Karuru ensured there was no extra time with his late winner.