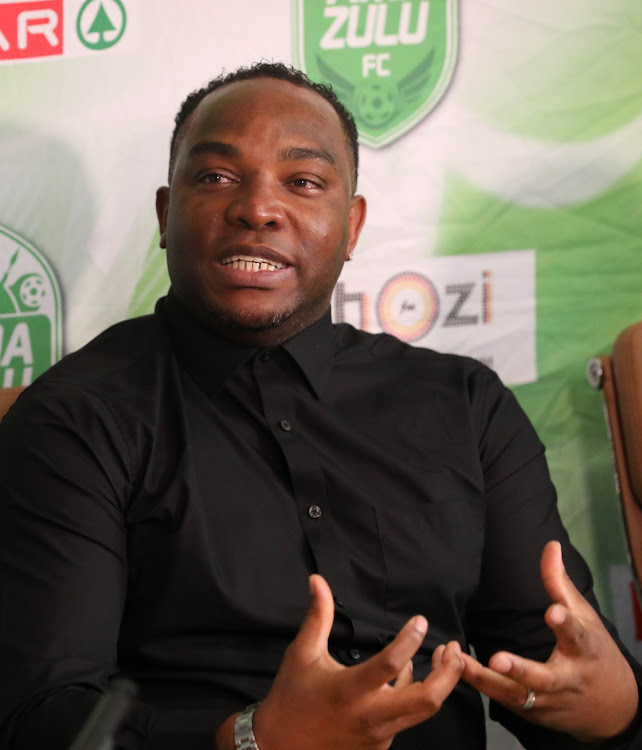 AmaZulu coach Benni McCarthy has hailed his side’s fighting spirit after a dramatic equaliser with the last kick of the match against Golden Arrows in the Nedbank Cup last 32 at Sugar Ray Xulu Stadium on Saturday.

Lehlohonolo Majoro cancelled out Micheal Gumede’s goal in injury time to send the match into extra time.  Usuthu then progressed to the next round after a 5-4 victory in the penalty shootout.

It was the second match in succession where McCarthy’s side scored late to force a result. They scored a winning goal in injury time to win 4-3 against Bloemfontein Celtic in the DStv Premiership match before the Arrows match.

“We have the never-say-die attitude and mentality because that was the kind of a person and the player who I was,” McCarthy told the media after the match.

“This team has not been associated with having that fighting spirit and playing until the game is done and leaving everything on the field of play.

“I have brought that mindset and mentality to the group. So we are not going to go down without a fight. That’s just a mindset of the players now, and it is incredible because they believe in themselves and they know their qualities. They are starting to believe because they are getting results.

“We don’t fear teams anymore. We respect teams for what they have done and what they achieved but we don’t need to fear anybody.”

Arrows coach Mandla Ncikazi has acknowledged that the AmaZulu team they’ll be meeting in the last-32 of the Nedbank Cup on Saturday is vastly ...
Sport
9 months ago

McCarthy was also pleased with his side's second half performance and revealed what he told his players during the interval when they were 1-0 down.

“We didn’t turn up in the first half and we were fortunate that we conceded one goal. And the second half, I said to them this is a derby, it is not just a Nedbank Cup match. These are two teams from the Durban region who have found their feet and doing pretty well in the league. We have to compete. We have to show more [than] what we did so far, and we can’t be coming second best" in such a game. The players turned it around and looked more solid. Everyone was ready to win their battles."

He said the introduction of Luvuyo Memela, Siphelele Mthembu and Majoro heralded a massive shift in the momentum of the game.

“I don’t think it's over until the referee blows the whistle, and we got a fantastic assist from Memela and Majoro took the goal well to get us back [in]to the game.”