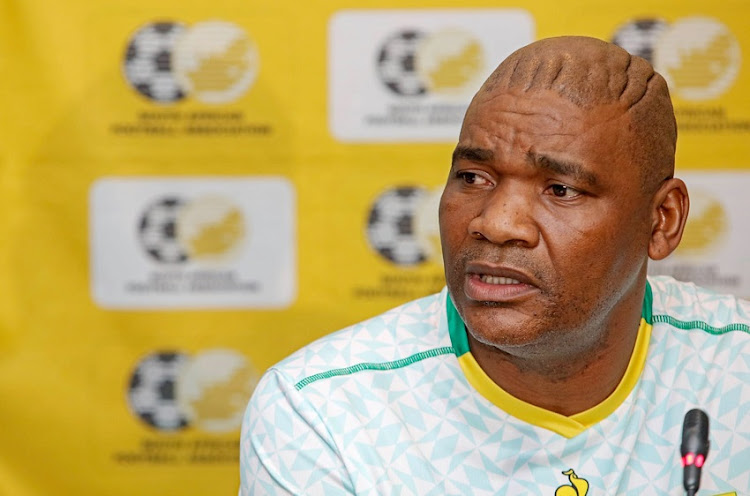 Bafana Bafana coach Molefi Ntseki and his technical team have unveiled their elaborate plans for the must-win and back-to-back 2021 Africa Cup of Nations qualifiers against Ghana and Sudan in March.

Bafana take on the Black Stars on March 22 in South Africa and travel to Khartoum for their last match of the qualifiers against Sudan on March 30‚ where they will be looking to complete the programme with qualification.

With four matches played‚ Bafana are tied on nine points with top-placed Ghana having both won three and lost one of their matches so far‚ and they are closely followed by third-placed Sudan who have six points.

At the foot of the table are minnows São Tomé and Príncipe‚ who have lost all their four matches and they have been eliminated from the race to qualify for the tournament in Cameroon.

“During our recent workshop at Safa House we came out with the programme that we submitted to the CEO Tebogo Motlanthe and the National Executive Committee [NEC] and the entire hierarchy at Safa‚” Ntseki said.

“We came up with a strategy going into both matches after we did our analysis on our next opponents Ghana and Sudan. We looked at opposition scouts that we want to send to all the teams that we are going to be playing against.

“We also got advice from the medical department in terms of the travelling to such countries to say what the Covid-19 health protocols and what the requirements are. It is our programme for the year because we are fully aware that it is going to be a very congested year in terms of games that are going to be played.”

Ntseki said it is important to have a plan on travelling and camp logistics and also to ensure that players know what is happening.

“It is going to be back-to-back games this year‚ so we are also trying to avoid things like flights being booked late and players not knowing what’s happening. We thought let’s do the programme for the year and this first phase of the programme was also to analyse ourselves and also give feedback to the players from the medical and the technical team.

“We have also done individual profiling of players per positions and also gave a report-back in the form of a presentation regarding the physical level of our players and the norms in terms of every position that each player is playing.

“From there we looked at the movement of our players from one club to another during the last window. We are looking at everything that has to do with the team but with a very clear programme going into 2021.”