Uthongathi 'will attack as usual' in Nedbank fixture 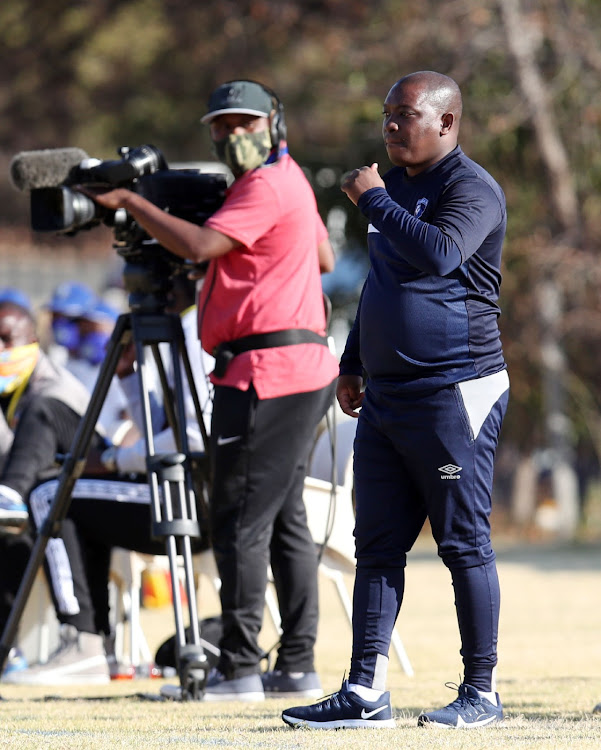 The level of energy and excitement in the Uthongathi camp ahead of their Nedbank Cup encounter against Orlando Pirates is a bit of a concern to their head coach Pitso Dladla.

Uthongathi are preparing for their first round showdown against Pirates at the Orlando Stadium on Saturday (3pm). Dladla said his boys did not need extra motivation for the big game against the Soweto giants. But he admitted that he is worried that the excitement can get the better of them on match-day.

"I am from training, and I saw different energy levels. Everybody is eager to play this game, but I am worried about the individuals. The players must play for the team and not themselves. We should play as a team and control these energies. I hope that we will have this thing under control," said a worried Dladla.

The coach fears that the players might play for television and use the platform to audition for contracts in the top-flight division.

He said they have a nasty surprise for Bucs and have been watching their games closely. "They have their loopholes at the back, and we are planning to expose their weakness in the defence. They have skillful players, but we have a surprise for them," said Dladla in a virtual press conference.

The KZN-based side are sixth on the GladAfrica Championship log table with 17 points from 10 games. They are known for their attacking prowess and Dladla said he has no plans to change their playing style against Pirates in Soweto.

"We don't come with anything new. We will stick to our philosophy and have a go at Pirates. We have a lot of new players."

Maluleke happy as a part-timer at NFD table-toppers

JDR Stars owner-coach Nditsheni Masisi is confident about their promotion prospects, pinning his hopes on their new Cameroonian striker, Auguste ...
Sport
1 year ago
Next Article