We are not panicking, chairman Kadodia says

Middendorp gets Maritzburg's full backing as losses pile up 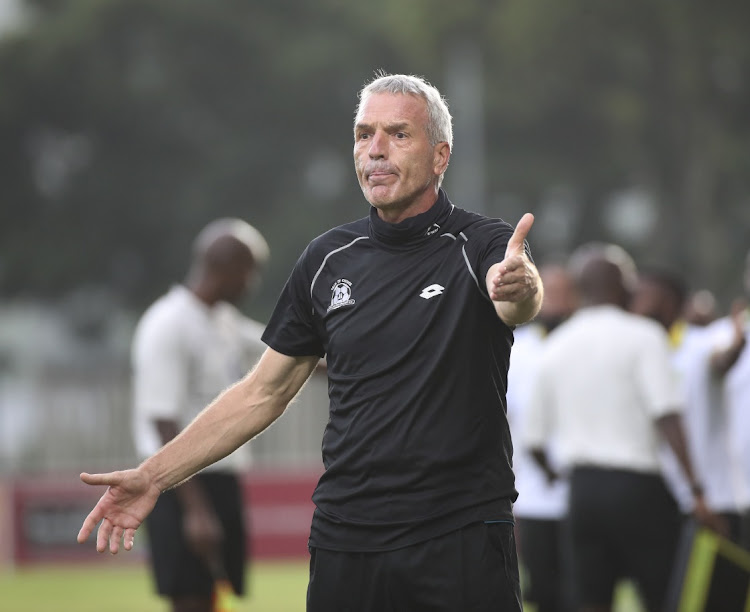 Despite suffering three defeats on the trot, Maritzburg United coach Ernst Middendorp is still much in the good books of the club’s hierarchy.

The three-game losing streak is the reason the Team of Choice are flirting with relegation, sitting 14th on the log, level on nine points with Tshakhuma Tsha Madzivhandila and Black Leopards.

“I have confidence in coach Middendorp. We are not panicking. The coach has just arrived [he succeeded Eric Tinkler last November]. He’s doing a great job at the moment,’’ Kadodia told Sowetan.

“He’s on the right track. You can see that the players are responding well to his tactics. Before losing these three games, we were starting to get that stoutness we need. I am optimistic that our fortunes will change for the better in the next games.’’

The Team of Choice's supremo is of the view they just lacked luck in the last three matches they lost. Kadodia also feels the referee let them down in their 2-1 loss away to Arrows.

“We’ve been unlucky. It’s being unlucky to dominate games and end up losing. Sometimes we make some minor mistakes at the back and they cost us. But against Arrows I blame poor officiating…we had two penalty appeals. Maybe the first one was a bit soft but the second one was clear. I was surprised the referee didn’t award us that penalty,’’ stated Kadodia.

The Maritzburg head-honcho also opened up about selling one of his prized assets in defender Rushine de Reuck to Mamelodi Sundowns. The Team of Choice sold the highly-rated 25-year-old defender to the Brazilians last Friday. Kadodia revealed the sale had nothing to do with balancing the books amid Covid-19.

“We didn’t sell Rushine because of financial difficulties but we sold him because he wanted to leave. Teams have been courting him from last year. We didn’t want to keep an unhappy guy. We don’t stand in players’ way if great opportunities arise for them,’’ Kadodia disclosed.

Maritzburg United coach Ernst Middendorp has urged his players to learn how to manage their game.
Sport
11 months ago

Playing after every three days wearing down players, coach says
Sport
11 months ago
Next Article