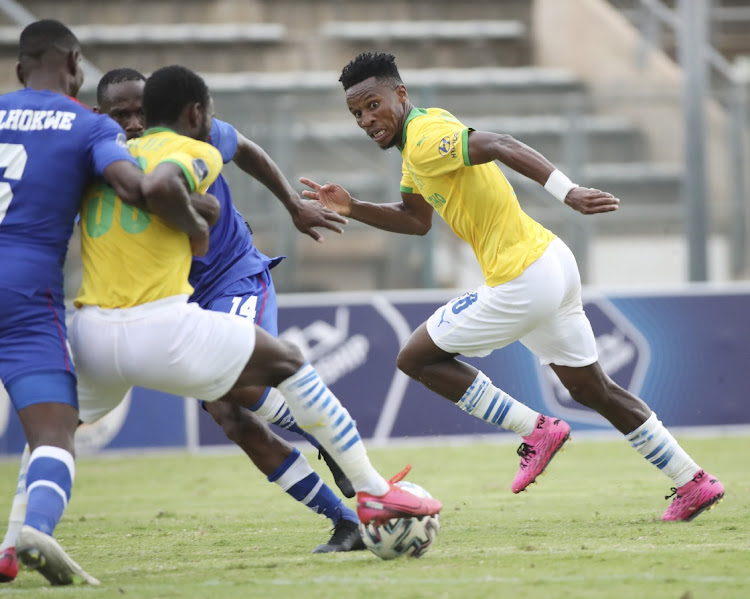 Despite their poor record against Mamelodi Sundowns, Stellenbosch coach Steve Barker is confident of pulling off a giant-killing act in their Nedbank Cup first round showdown.

Their record against the 10-time Premiership champions does not make for good reading, having lost their past three meetings. They were hammered 3-0 in their previous league meeting at Loftus Versfeld in Tshwane in November.

The Western Cape-based outfit returns to the venue for a cup game tomorrow at 5pm. The Stellies mentor described their match against the star-studded Sundowns as a battle between David and Goliath.

"We have nothing to lose and everything to gain in the cup match. The beauty about the Nedbank Cup is that it offers you a chance to pull off a giant-killing act. We have to be positive against a quality team with great players. Not many people expect us to get a result, and the pressure is not on us, but Sundowns," explained Barker.

The former University of Pretoria and AmaZulu coach said his team is going into the game as underdogs. Barker reached the Ke Yona Cup final with AmaTuks, falling at the last hurdle in 2009 after losing to Moroka Swallows at the Rand Stadium.

"If we beat them, it will go down as a giant-killing act. We must have a no-fear attitude against a big team like Sundowns. We have nothing to lose. Yes, our record does not look good against them, but runs come to an end, and I believe that we are due for a result against them. We played well against them last season despite losing the games. There is a belief that we can get a win this time," said a hopeful Barker.

Barker said he watched the league champions register a 2-0 victory over Chippa United at Loftus at the weekend.

He watched how their deadly front three of Peter Shalulile, Kermit Erasmus and Themba Zwane terrorised the Chippa defence. "Their front three have scored 17 goals among them. But we know how to stop them."

Stellies are going into the cup tie at the back of a loss against AmaZulu in the league. The cup game is a welcomed distruction from their league schedule. Barker hopes to enjoy a long run in the competition. "It's either there will be a big upset or we will get another hiding," Barker added.

Mamelodi Sundowns defender Rushine de Reuck is set to be converted into a central midfielder in a bid to develop his multi-functional abilities.
Sport
11 months ago

Mamelodi Sundowns stretched their lead at the top of the DStv Premiership to five points after their impressive 2-0 victory over Chippa United at ...
Sport
11 months ago
Next Article