Maluleke happy as a part-timer at NFD table-toppers 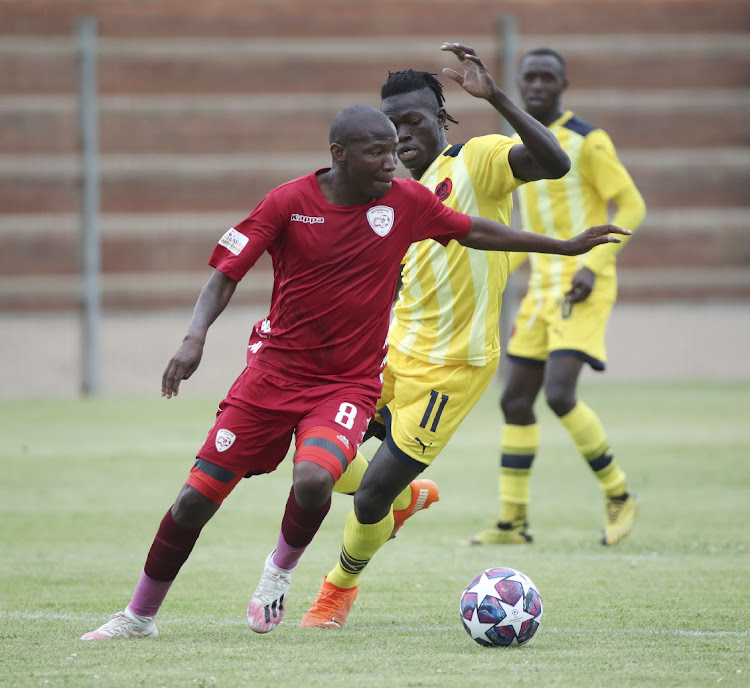 Maluleke, 38, has played a minimal role for Sekhukhune thus far, starting just two of the 10 GladAfrica Championship outings he’s been involved in. Even so, the former Polokwane City skipper is content at the club. “So far I am happy here. As long as the team wins, I will always be happy. It’s not about me, so even if I play one minute per game I won’t complain because the team is doing well,’’ Maluleke told Sowetan yesterday.

Pressed whether he thinks his limited participation has to do with his age, the soft-spoken Maluleke said: “I don’t think it’s about age. It’s a matter of keeping the winning team. I don’t see a need of changing the team to accommodate one player when the group has been doing well.’’

Majova, as the veteran is nicknamed, also insisted retirement wasn’t an option at the moment. Maluleke is even fancying his chances of playing top-flight football in the future. The midfield stalwart boasts over 340 Premiership appearances, having turned out for Black Leopards, SuperSport United and Polokwane in the big league before.

“I am still fresh, my brother. My body still allows me to run and do all the things players do, so I see myself playing there [in the Premiership] again. It’s all about self-belief and taking good care of yourself on and off the field,’’ said Maluleke.

As things stand, Maluleke’s closest route to return to the elite league is through Sekhukhune as they are currently top of the GladAfrica table on 20 points from 12 games. They are equal on points with second-placed Richards Bay, who have an inferior goal difference.

“We have a good chance to win promotion. But consistency will be key. Unity among players has helped the team reach the level we are at today. As senior players we always guide the younger ones…fortunately they listen to us and that has brought about harmony,’’ stated Maluleke.

Veteran goalkeeper Mbongeni Mzimela, 35, yearns for the last shot at the elite league, preferably with his current side, Bizana Pondo Chiefs, before ...
Sport
6 months ago

JDR Stars owner-coach Nditsheni Masisi is confident about their promotion prospects, pinning his hopes on their new Cameroonian striker, Auguste ...
Sport
6 months ago
Next Article