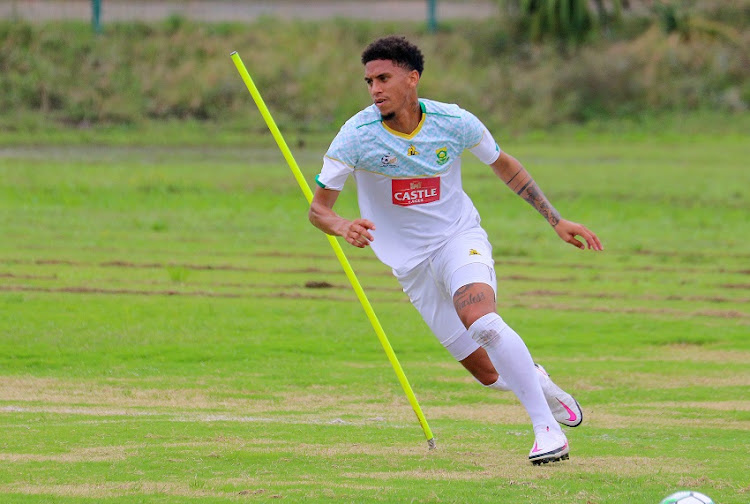 But co-coach Rulani Mokwena thinks Madisha was in a class of his own and cannot be compared to De Reuck. The 25-year-old Bafana Bafana defender completed his move to Sundowns last Friday.

“It becomes difficult because I see a lot of people saying he is a replacement for Madisha,” Mokwena told the media yesterday in a virtual Nedbank Cup press conference ahead of their match against Stellenbosch at Loftus Versfeld tomorrow (5pm).

“It is difficult to replace Madisha. I don’t think we will replace him, and I don’t think De Reuck with his qualities, and concerning the profile he has, I don’t think he will be a replacement for Madisha.

“If you look at Madisha’s profile already by 23, it is something you don’t get in this country. He had already played in the Club World Cup. He had already played in the CAF Champions League at that age. But De Reuck has come in, and he has good qualities, we’ve seen him at Maritzburg United although the way of playing at Maritzburg, of course, is different under different coaches."

Mokwena also believes that De Reuck won’t struggle to adjust at Sundowns as his style of play is similar to what they are doing. “We’ve done our homework, and we’ve looked at the profile of the player. He is very strong aerially. We got one of the best centre-backs in the country, and with his age, he has a lot of potential.

“Unfortunately, he has not started training with us. There was a lot of paperwork that needed to be completed and a lot of medical examinations. When we got him, he had an injury before he played a previous match for Maritzburg. We are happy that he has joined us."

Despite their poor record against Mamelodi Sundowns, Stellenbosch coach Steve Barker is confident of pulling off a giant-killing act in their Nedbank ...
Sport
11 months ago

Significant work is being done behind the scenes to afford former Bafana Bafana and Mamelodi Sundowns star Motjeka Madisha an official provincial ...
Sport
11 months ago

Mamelodi Sundowns stretched their lead at the top of the DStv Premiership to five points after their impressive 2-0 victory over Chippa United at ...
Sport
11 months ago
Next Article