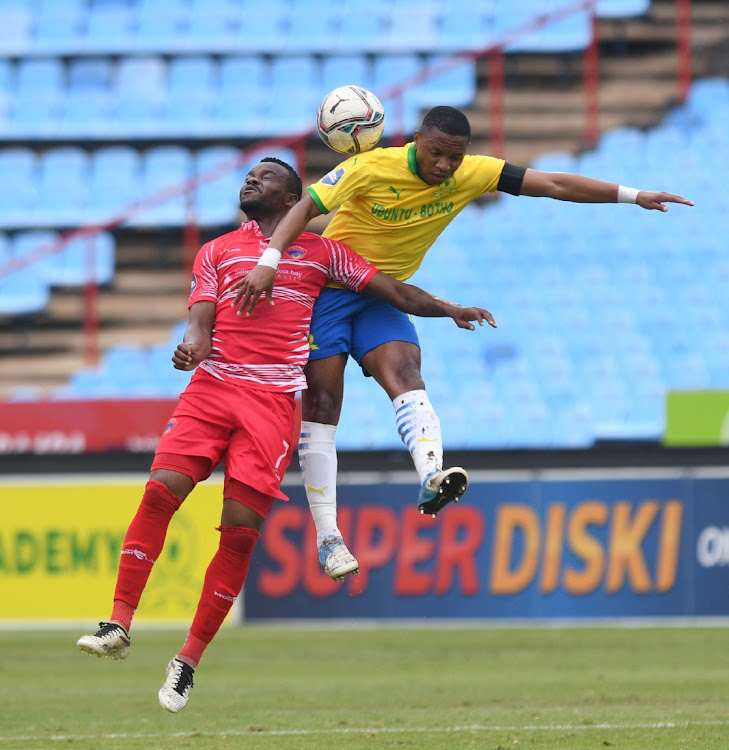 Mamelodi Sundowns stretched their lead at the top of the DStv Premiership to five points after their impressive 2-0 victory over Chippa United at Loftus Versfeld Stadium yesterday.

After title rivals SuperSport United and Swallows played to a 1-1 draw on Saturday, the Brazilians took full advantage through goals by Lebohang Maboe and Gaston Sirino to see off Chippa.

The Brazilians started with three at the back, with Andile Jali playing as a centre back with Mosa Lebusa and Ricardo Nascimento in the absence of Brian Onyango, who is still injured.

Sundowns took control of the match from the onset as they dominated and looked for the opening goal. It was not long before they broke the deadlock. Maboe opened the scoring in the 23rd minute when he charged onto a cross from Peter Shalulile to head past goalkeeper Ayanda Mtshali and make it 1-0.

As Sundowns continued with their dominance, Sirino made it 2-0 seven minutes before the interval when Shalulile brought down a cross and the Uruguayan international slotted past Mtshali in Chippa’s goal.

Chippa came into this match with a renewed sense of hope after their 3-0 victory over Black Leopards in their last game. But Sundowns were in a dominant mood and didn’t allow Chippa to play. They restricted them to just two shots on target in the first half, which Denis Onyango easily dealt with.

Downs upped the tempo in the second half as they looked to increase their lead but Lyle Lakay’s shot narrowly missed the target seven minutes after the restart. They created numerous chances but were not clinical enough and should have scored more than two goals.

The Chilli Boys, however, did not trouble Sundowns’ defence.

Champions Mamelodi Sundowns extended their lead at the top of the standings after they beat Chippa United 2-0 at Loftus on Sunday afternoon.
Sport
1 year ago

Mamelodi Sundowns have confirmed that Motjeka Madisha will finally be buried next week.
Sport
1 year ago
Next Article