Swallows force draw against SuperSport after another spirited fightback

Giving up isn't in our character – Truter 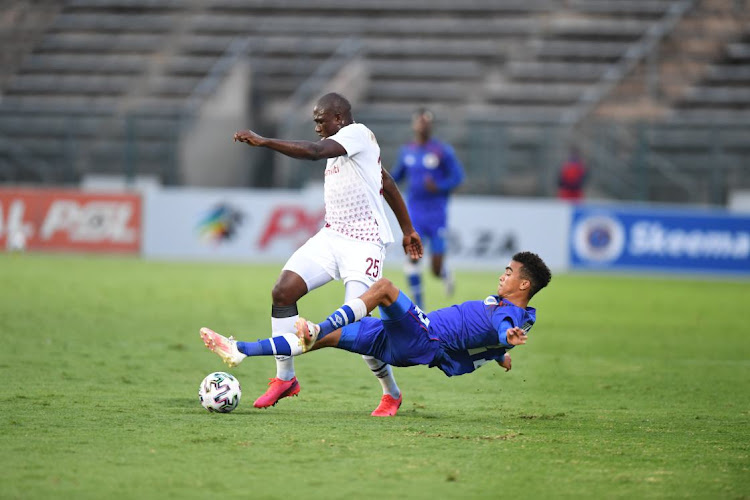 Orlando Pirates, Mamelodi Sundowns and SuperSport United, to mention but a few teams, can attest that Swallows are the DStv Premiership’s comeback kings.

This is because Swallows managed to inflict pain on these aforementioned sides, scoring late against them to force 1-all draws when everyone had thought they were going to lose.

On Saturday, the Birds fought back by netting in the 75th minute against SuperSport via Joseph Mhlongo to salvage a point. Mhlongo also scored a late win against Kaizer Chiefs in November.

When they faced Pirates three weeks ago, Swallows equalised through Kamohelo Mahlatsi in the 92nd minute, cancelling out Ben Motshwari’s strike.

At Sundowns, the Soweto club snatched the leveller in the 97th minute through Musa Nyatama.

For their unrivalled aptness to score crucial late goals, the Birds tactician Brandon Truter praised his troops’ character, saying it all starts at training.

“Scoring so late tells you about the character of the team. We don’t give up, we keep on fighting until the end and we will do that until the end of the season as well. Giving up isn’t in our character,” said Truter.

Truter also gave credit to his senior players like Nyatama, Wandisile Letlabika, Lebohang Mokoena and Virgil Vries, among others, for instilling the fighting spirit in the younger crop of players.

“It is not about me at the end of the day. I’ve a lot of experienced boys around ... you talking about Musa, Wandisile, Vuyo, Cheeseboy [Mokoena] and Vries, there’s so much experience in this team. These guys always tell the younger ones to fight on,” said the Swallows coach.

Swallows FC are simply too resilient to lose a match in the DStv Premiership‚ drawing 1-1 against another top contender‚ SuperSport United‚ on ...
Sport
10 months ago

Back-to-back DStv Premiership coach of the month Brandon Truter survived a scare when he got involved in a car accident yesterday.
Sport
10 months ago
Next Article