No details of ethics committee's investigation have been given 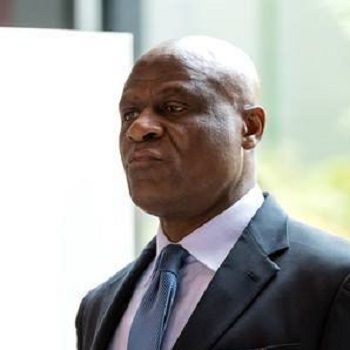 The FIFA review committee said Constant Omari Selemani had failed the eligibility test for a position on the FIFA Council "because of an ongoing formal investigation by the FIFA ethics committee”.
Image: Facebook

Confederation of African Football (CAF) interim president Constant Omari Selemani said on Saturday he will appeal a decision to bar him from running for a seat on the FIFA Council.

Selemani has served as acting president of CAF his predecessor Ahmad Ahmad was banned by FIFA’s ethics committee in November.

The FIFA review committee said on Wednesday Selemani had failed the eligibility test for a position on the FIFA Council "because of an ongoing formal investigation by the FIFA ethics committee”.

This ruled Selemani, the Congolese football association president, out of the CAF elections in Rabat, Morocco on March 12.

Selemani said in an interview with France24 on Saturday that he deplored the decision. He said FIFA should have applied "the presumption of innocence" and confirmed he would appeal.

FIFA has not given any details of ethics committee's investigation into Selemani, who was appointed CAF vice president 18 months ago.

Ahmad was also ruled out of a bid for re-election but had his five-year ban temporarily frozen on Friday by the Court of Arbitration for Sport, which said they would hear his appeal on March 2 and deliver a verdict before March 12, so as not to prejudice his chances of running for re-election should his suspension be overturned.

Ahmad was banned for five years by FIFA in November after being accused of abusing office, mishandling of funds and trading gifts. He has denied any wrongdoing.

The temporary stay effectively allows Ahmad to resume his role as CAF president.

The Court of Arbitration for Sport (Cas) has dramatically reinstated Ahmad Ahmad as president of the Confederation of African Football temporarily ...
Sport
4 months ago

The Council of Southern Africa Football Associations (Cosafa) will vote for South Africa's Patrice Motsepe at the election for the new Confederation ...
Sport
4 months ago

Patrice Motsepe’s path to the Confederation of African Football (Caf) presidency might be easier with incumbent Ahmad Ahmad out of the race‚ but the ...
Sport
6 months ago
Next Article