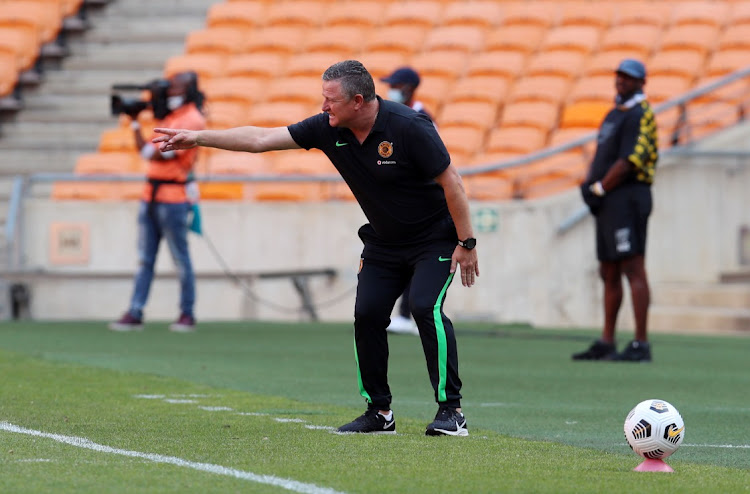 Gavin Hunt has an opportunity to redeem himself when Kaizer Chiefs face Orlando Pirates in the Soweto derby at Orlando Stadium tomorrow (3.30pm) after the 5-0 thumping in the two-legged MTN8 semifinals earlier in the season.

Chiefs have found form since those early days, having not lost in their last five matches, winning three and drawing two to move into the DStv Premiership top eight.

Hunt will be desperate for revenge after that embarrassment in his first two derbies, which saw their bitter rivals going all the way to lift the cup while Chiefs are enduring a sixth year without one.

“We were very disappointed before, but I think that’s gone. You can’t do anything about that now. We have to look forward and try to be positive, play in a way where I think we can get positive results,” Hunt said yesterday.

Hunt also conceded that Chiefs let Pirates off the hook in those cup ties, when they had two big chances to score early, but Khama Billiat and Leonardo Castro failed to convert before Pirates scored.

He hopes they will do better this time should they get those kinds of opportunities. “I think we had good chances and we didn’t take our opportunities. Then we chased the game, and once you started chasing, you got caught once or twice,” Hunt explained.

“We were in a good space when we played them. They certainly scored the goals and we missed chances. Hopefully, we will find the back of the net and then we will have something to hold on to.

“It is a different game, as I say. There are expectations here and we certainly have to look at the bigger picture and try to make the team better and improve all the time. Hopefully we will see an improvement on Saturday.”

Kaizer Chiefs coach Gavin Hunt has called on young players in his team grab the opportunity in the Soweto derby against Orlando Pirates at Orlando ...
Sport
9 months ago

Outspoken former Kaizer Chiefs midfielder Junior Khanye has weighed in on the Siphelele Ntshangase conundrum and believes the playmaker must leave ...
Sport
10 months ago
Next Article