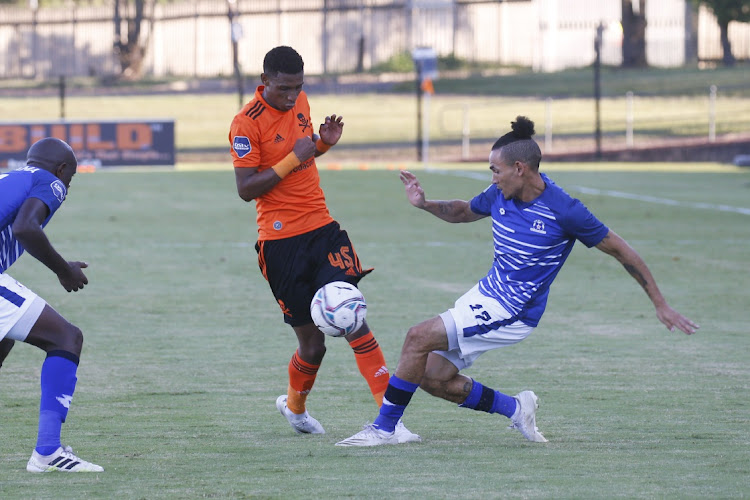 Having lost two games on the trot at home to TS Galaxy and Orlando Pirates, Maritzburg United attacking midfielder Daylon Claasen has stressed the significance of winning their KwaZulu-Natal derby against Golden Arrows at Sugar Ray Xulu Stadium tomorrow (5pm).

To say Maritzburg are desperate for points would be an understatement. The KZN Midlands club have more league defeats than any other club (eight), sharing this unwanted record with Black Leopards.

Claasen, who has been a shadow of the genius he was last season, views the clash against Abafana Bes’thende as a perfect opportunity for them to recover from the agony of losing the last two games in their backyard.

“Hopefully things will change for the better for us. In each and every game we play to win, but unfortunately the past two results weren’t in our favour. The derby gives us a chance to redeem ourselves,’’ said Claasen.

“We’re hoping the game against Arrows goes in our favour. I expect it to be a difficult game because it’s two teams from KZN. Derbies are never easy but the coach has his tactics and I am sure his plan will be spot-on. It’s important to beat Arrows so that our season gets back on track.’’

Maritzburg haven’t been good travellers this season. On the road, the Team of Choice have lost four games (2-0 at Swallows, 1-0 at Leopards, 3-1 at Chippa United and 2-0 at Baroka), earning just one win (2-0 at Chiefs) and one draw (0-0 against AmaZulu) in the process.

With Arrows boasting an impressive home record, Maritzburg’s struggles away from home could continue. Arrows are unbeaten at home this season, with two wins and three stalemates.

That Thabo "Tsiki Tsiki" Mooki and Jabu "Shuffle" Mahlangu made their name in the Soweto derby against Orlando Pirates is something Happy Mashiane ...
Sport
2 months ago

Black Leopards interim coach Lehlohonolo Seema has lamented the lack of experience in his team and will request a meeting with team management to see ...
Sport
2 months ago
Next Article