Mvala takes one for team as Leopards lose again 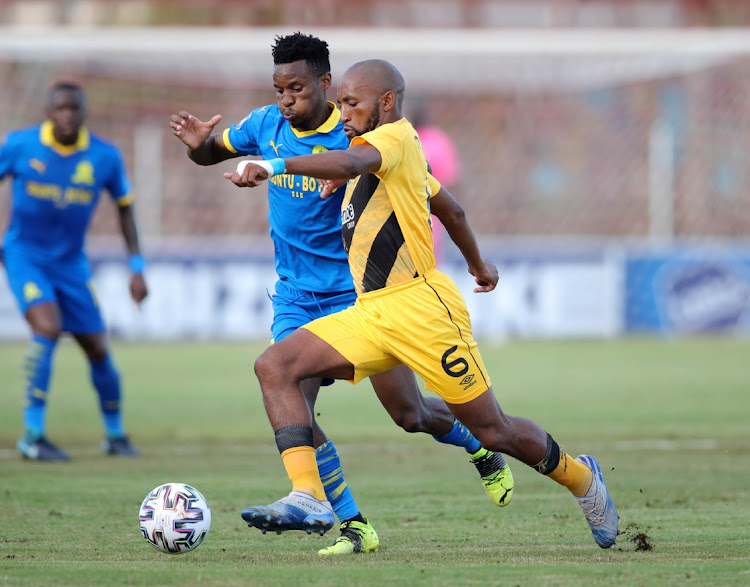 Mamelodi Sundowns ended their recent winless run in the DStv Premiership with a hard-fought 2-1 victory over Black Leopards at Thohoyandou Stadium last night.

The 10-man Brazilians came back from a goal down to open a three-point lead at the top of the log table. A brace from Peter Shalulile cancelled out the opening goal by Ovid Karuru.

There was an additional 10 minutes at the end of the match following a delay necessitated by a clash of head between Lefa Hlongwane and Sibongiseni Mthethwa. Hlongwane was rushed to hospital as a result but the early prognosis was that he should be fine.

Sundowns midfielder Mothobi Mvala took one for the team when he got sent off for a professional foul on Lidoda Dhuvha skipper Rodney Ramagalela in the second half.

Following Karuru's goal a minute into the second half, Shalulile levelled matters for the visitors in the 64th minutes with an acrobatic volley after a Gaston Sirino pass.

Lidoda Duvha missed influential defender Edwin Gyimah due to suspension, and as a result succumbed to a third successive home defeat to remain firmly in relegation place. Shalulile could have scored a hat-trick but hit the post from a Kermit Erasmus cross as the visitors came close to opening the scoring 17 minutes into the first half.

The home side had one shot on target in the opening half when Wiseman Maluleke tested Denis Onyango in the Downs goal five minutes before the interval.

On the balance of play, the visitors deserved to win the game, registering their first victory in four matches after a run of three successive draws.

Last night's win means Sundowns will remain at the top for another week, as they lead their neighbours and second-placed SuperSport United by three points.

Elsewhere last night, the match between Bloemfontein Celtic and Chippa United had to be called off due to a waterlogged pitch at Dr Molemela Stadium. The PSL said in a statement a new date would be announced soon.

Sundowns next face Chippa this Sunday.

Mamelodi Sundowns coach Manqoba Mngqithi has urged the club's fans to be patient and not to reach for the panic button just yet as the champions ...
Sport
8 months ago
Next Article