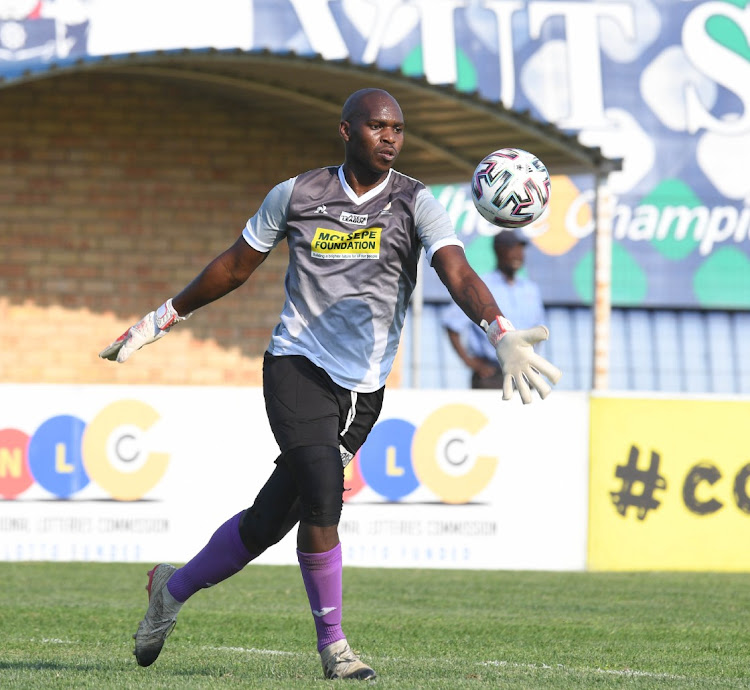 Veteran goalkeeper Mbongeni Mzimela, 35, yearns for the last shot at the elite league, preferably with his current side, Bizana Pondo Chiefs, before thinking about retiring.

The experienced shot-stopper is one of a few seasoned campaigners at Pondo Chiefs, which campaign in the second-tier GladAfrica Championship.

Mzimela, who made his name at AmaZulu, Platinum Stars and Chippa United, feels he can still campaign in the Premiership.

“I still have a dream to play at the highest level but I want to do it with Pondo Chiefs. When we won promotion [via winning the ABC Motsepe League national play-offs] we told ourselves that in two years’ time we must go to the Premiership. So I won’t retire until we achieve the goal of playing in the big league,’’ Mzimela told Sowetan yesterday.

“Goalkeepers can play until they’re 40, 45, so I won’t rush to hang up my boots. I still have that hunger and energy to compete at the highest level. I want to continue motivating the youngsters here [at Pondo Chiefs] that it’s possible to achieve dreams when you work hard.’’

As Pondo Chiefs are second from bottom on the GladAfrica table, one would argue that Mzimela’s dream of promotion is already in jeopardy this season as relegation looks closer that promotion. However, the keeper from Esikhawini, KZN, has emphasised it is too early to write them off.

“Our aim is to gain promotion within two years [of being in the second-tier]. So if we fail this season we go again next season. But that doesn’t mean we’ve given up. It’s still early to say we can’t do it," said Mzimela.

“We have been playing well. Our main problem is that we are not clinical in front of goal. If we can start scoring, we will surprise people."

Fixtures (all at 3.30pm unless specified)

JDR Stars owner-coach Nditsheni Masisi is confident about their promotion prospects, pinning his hopes on their new Cameroonian striker, Auguste ...
Sport
1 year ago

As much as he trusts his experience will help GladAfrica Championship rookies Pretoria Callies stave off relegation, coach Sammy Troughton has urged ...
Sport
1 year ago
Next Article