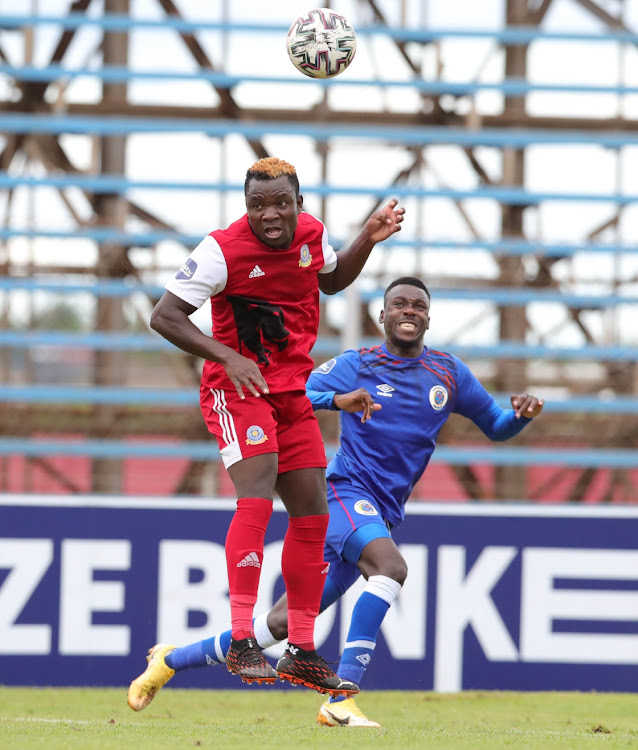 A prominent Limpopo businessman has been unmasked as the new owner of Tshakhuma Tsha Madzivhandila, with the embattled club changing hands for a second time in less than a year following a tumultuous period in the DStv Premiership.

Sowetan has seen correspondence indicating that Ditonkana Abram Sello, the Sekhukhune-born businessman who owns a team called Olezar in the ABC Motsepe League in Limpopo, has emerged as TTM's new owner after agreeing to pay R40m to acquire the club from Lawrence Mulaudzi.

Mulaudzi had initially paid around R50m to buy Bidvest Wits' status last year, but has now been forced to sell amid a troubled past few months for the club, with players constantly going on strike over unpaid salaries. This year the morale at the club has hit rock bottom; only last week there were reports players had been stranded at the airport in Durban.

New owner Sello is a pharmacist based in Gauteng. But unlike Mulaudzi, he is not a stranger to football. Sowetan understands he has beaten North West medical practitioner Sello Ntsoko to purchase the club. This newspaper has seen documents indicating that TTM has been sold to Sello, the pharmacist.

The documents show that TTM chair Shumani Lawrence Mulaudzi transferred his powers of being a director to Sello last Friday. Sello, the documents show, transferred an amount of R30m to Mulaudzi, leaving him with a balance of R10m to be paid before the end of the season.

The two parties are awaiting the PSL to approve the transaction. Sowetan understands the club will move from Vhembe district to their new base in Polokwane soon.

An insider said Mulaudzi and Sello had been in negotiations to exchange directorship since late last year.

"Dr Ntsoko made an offer, but it was not successful," the informant said.

“The new owner paid R30m, and he is going to pay another R10m at a later stage, meaning the purchase price was R40m in total.”

PSL chief executive Mato Madlala and Mulaudzi could not be reached for comment yesterday. But the SA Football Players Union president Thulaganyo Gaoshubelwe is worried about the potential sale of the club.

"We encourage investments as we are experiencing a shortage of black investors in football, but we cannot be happy if the investment is disadvantaging the players. We will implement section 195 to make sure that the players are financially protected. We will do everything legally to make sure that the new owners do everything accordingly and follow due protocol," said Gaoshubelwe.

Kaitano Tembo has highlighted recovery and trying to be as fresh as possible as two key ingredients ahead of SuperSport United’s next DStv ...
Sport
10 months ago

The South African Football Players Union (Safpu) has stepped in at controversy-riddled Tshakhuma Tsha Madzivhandila (TTM) in a bid to address the ...
Sport
10 months ago

Kaizer Chiefs are strolling towards recovery after they completed three successive victories in the DStv Premiership.
Sport
10 months ago
Next Article