Memories of draw with Bakgaga that cost them league title linger 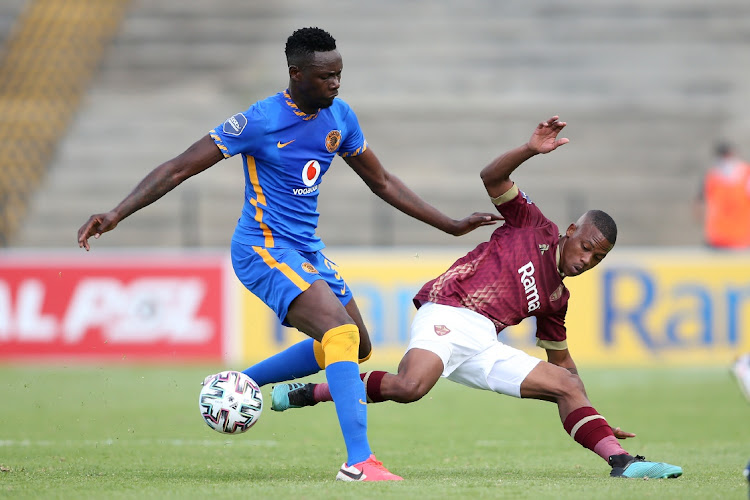 Kaizer Chiefs may have already put the heartache of losing the league title on the last day of last season behind them, but today's clash at FNB Stadium (5pm) against Baroka, who forced a come-from-behind 1-all draw to deny them the league title thwart them from winning the league last season, could evoke unpleasant memories and perhaps stimulate a desire for revenge

Until Baroka dramatically dashed their title hopes on the final day, Chiefs had been at the summit from the second week of the season.

Amakhosi midfielder Lebogang Manyama has indicated the agony they incurred at the hands of Bakgaga last September still lingers in their minds. “Obviously, we can’t forget Baroka. We all know what happened in the last game of last season. They are a difficult team to play against. When you play every three days, you can’t say there’s an easy team. Baroka lost their last game, so they’ll come at us determined to bounce back,’’ said Manyama.

“The coach [Gavin Hunt] always tells us that it’s very difficult to play against a team who lost their last game [Baroka were beaten 2-0 by AmaZulu at home on Saturday]. But all in all we focus on our plan. It’s our home game, so it important to get three points.’’

Centre-back Mulomowandau Mathoho also echoed Manyama’s sentiments about Baroka, saying the memory of the final day of last season was still fresh. “It will be a difficult match. This game evokes the memory that we wanted to win the league last season. All that means on Tuesday [today] it’s a fight,’’ said Mathoho.

After missing a few games due to “personal reasons”, Manyama returned in the 2-1 win over Cape Town City nearly two weeks ago. The 30-year-old Bafana Bafana attacker opened up about how he missed the action.

“I want to be always playing but for personal reasons I was out for some time. I want to always help the team. The good thing is that the team was winning when I was on the sidelines. I am still trying to regain my full fitness…obviously when you’re out for a few weeks it’s difficult to regain your fitness fast,’’ stated Manyama.

Kaizer Chiefs goalkeeper Itumeleng Khune's absence from the starting lineup has raised eyebrows among the club’s fans but coach Gavin Hunt says his ...
Sport
11 months ago

Striker Samir Nurkovic will be Kaizer Chiefs’ skipper only when defender Ramahlwe Mphahlele is not available.
Sport
11 months ago
Next Article