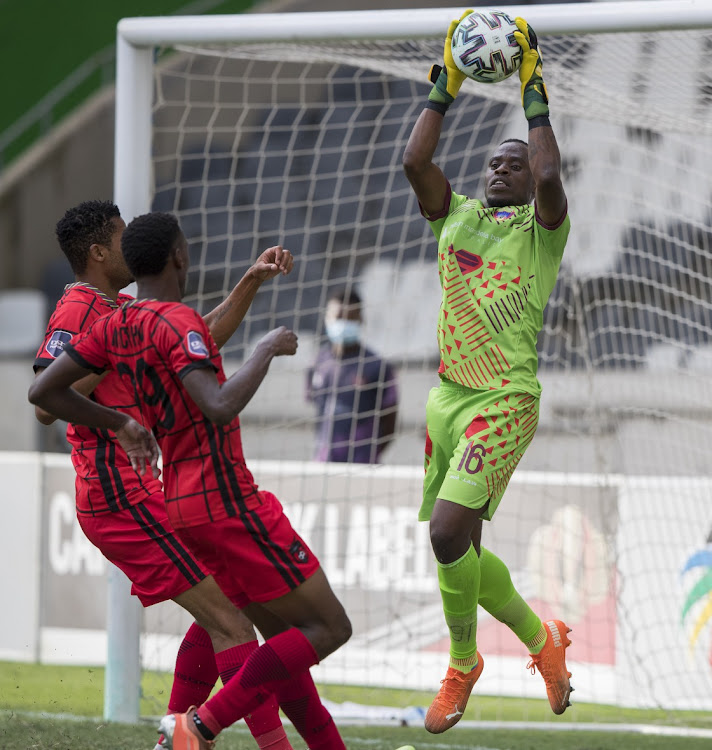 Malesela rejoined Chippa United last month after replacing Lehlohonolo Seema and has since managed to collect eight points from five matches, all on the road.

Goals by Andile Mbenyane, Mokhele Maloisane and Kurt Lentjies were enough to hand the Chilli Boys their second win under Malesela.

“I’m happy with the three points, and the clean sheet is important for the team. It boosts the confidence ahead of our next game,” Mtshali told the club's media department after the match.

“We are playing Bloemfontein Celtic [on Wednesday at Dr Petrus Molemela Stadium at 5pm], and we are happy as a team. I’m pleased that we got three points more than a clean sheet. It is a big thing for us, that’s all I can say.

“It is not easy coming to Thohoyandou and playing Black Leopards, but we managed the game and we got the three points and a clean sheet.

“Celtic have been doing well in the past few games but we are going there to fight, and we know our identity. We know our style of play the coach has installed for us.

“We are going there to fight for three points. We are going to play our normal football the coach wants us to play.”

With Chippa going into the interval with a healthy 2-0 lead, Mtshali revealed what Malesela told them at halftime as they came back and scored another goal to make it 3-0.

“I think that  [missing chances] has been going on for a while. Even in the past games, we’ve been playing [well] in the first half. Usually we create chances but we don’t convert them,” Mtshali said.

“We went into the changing room and the coach told us that this is football, the more we create and we don’t score, they will score one goal and it would be difficult for us to come back.

“The coach gave us the push that we have to score as many goals as possible because it is not easy coming here playing against Leopards and not scoring goals. We need to score to win games.”

Stellenbosch coach Steve Barker is of the view that their performance in Saturday’s goalless draw at home to Kaizer Chiefs proved they are not a team ...
Sport
11 months ago

Kaizer Chiefs kept their purple patch intact‚ their 0-0 draw against Stellenbosch FC at the Danie Craven Stadium in Stellenbosch on Saturday ...
Sport
11 months ago
Next Article