Bucs win restores good for Zinnbauer and his troops 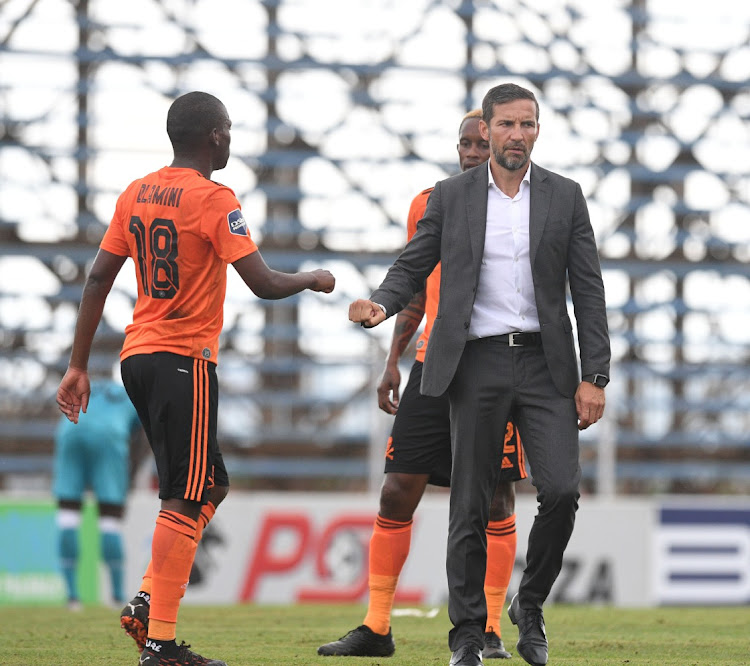 Despite their 1-0 victory over Maritzburg United at Harry Gwala Stadium on Saturday, Orlando Pirates coach Josef Zinnbauer was unimpressed with his side's performance but believes the win will go a long way to improve their confidence.

The Buccaneers will face TS Galaxy tomorrow before they host Kaizer Chiefs in the Soweto derby, with both matches at Orlando Stadium.

Before their victory against Maritzburg, they had not won in their last two matches with a disappointing 2-0 defeat to Black Leopards and a goalless draw against Golden Arrows.

But on Saturday, Deon Hotto scored the only goal of the match in the first half to hand Pirates their second victory this year.

“Tough game. I think in the first half we had big chances early and in the second half, in the first 10 minutes it was good and we had opportunities to score,” Zinnbauer told the club's media department after the match.

“But the thing is if we don’t score, then the opponents play all in or nothing.

“And we had counterattacks, and we were too casual to see a little bit more with the opportunities.

“The opponents got more self-confidence, it is normal. They get opportunities. But [Richard] Ofori did well today and the defence also. In general, the whole team did a good job today. It was not the best performance, but this is against the relegation team not so easy. They fight for their lives and what is important is we have the three points.

“We get more self-confidence now. It is important for us. We go home and get a good recovery and focus on our next game.”

The German mentor was also pleased with the performance of Bongani Sam and debutant Tshobeni Azola.

“It is always important we have to win. Previously, we had good games but not good results,” Zinnbauer said. “We were casual in some games but now we were strong, we fought for the ball. I have to say that we played with two young players, Sam and Tshobeni and they made a top game and I was happy with their performance, and we would like to see what will happen in the next match.”

Orlando Pirates work hard to tough out a victory against Maritzburg

Orlando Pirates put together a more disciplined‚ effective performance to notch a second win from their last six matches‚ clinically if ...
Sport
11 months ago

Orlando Pirates coach Josef Zinnbauer says the conditioning of players as games coming thick and fast‚ and some of the havoc being played with his ...
Sport
11 months ago
Next Article