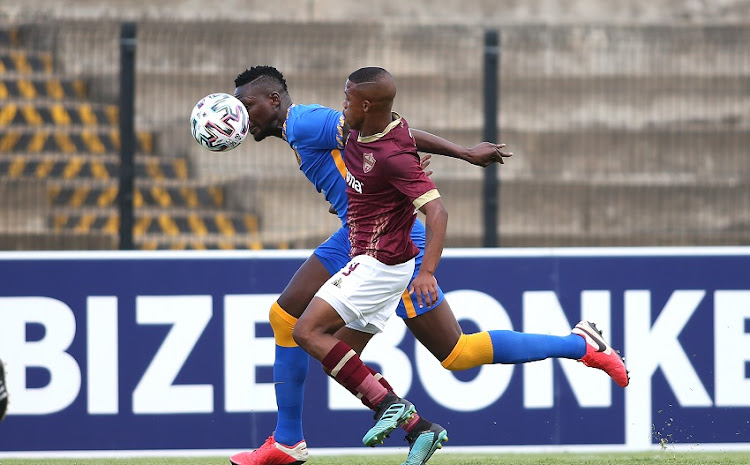 Kaizer Chiefs kept their purple patch intact‚ their 0-0 draw against Stellenbosch FC at the Danie Craven Stadium in Stellenbosch on Saturday stretching Amakhosi’s unbeaten run in the DStv Premiership to four straight matches.

Amakhosi won’t be happy‚ though‚ with this point given the fact that they had possession but lacked the final ball to really crack their opponents.

Chiefs had come into this match as the most recently in-form team in the league with three successive victories‚ and they indeed had all the better chances in this match but couldn’t find the back of the net as their finishing let them down.

The same‚ in terms of form‚ could not be said of Steve Barker’s team who were hoping for the best having only picked two points in their last three. Stellenbosch had come into this encounter on the back of a disappointing midweek 3-2 home defeat against fellow mid-table team Baroka FC.

Stellenbosch were just content with Chiefs having the ball‚ and defended well and in numbers when their opponents reached the final third.

Barker’s strategy was clearly to hit Chiefs on the break and avoid exposing themselves by playing expansive football against a team that was more comfortable than Stellies on the ball.

Chiefs’ first big attempt on goal came towards the end of the first half when Manyama delivered a delightful cross for Nurkovic but the Serbian striker saw his effort kept away by the Lee Langeveldt in Stellenbosch’s goals.

Langeveldt produced an even better save a few minutes into the restart‚ this time keeping out Mashiane’s belter following a corner.

Argentinian attacker Leandro Mendieta should have given the home side the lead in the 38th minute when Nigerian striker Augustine Dimgba centered for him following one of the home side’s rare and successful transitions in the first half. Instead Mendieta shot wide when he had time and space to beat Daniel Akpeyi.

From the break the player who came on for Mendieata‚ Lelethu Skelem‚ and Dimgba wasted two great chances for Barker’s team inside the 55-minute mark as Chiefs started to make poor decisions around their area.

Having picked up a point that keeps his side on the seventh spot‚ Hunt will want Chiefs to go to the Soweto Derby against Orlando Pirates on Saturday with their unbeaten run maintained. But to do that‚ Chiefs must avoid defeat at home against Baroka on Tuesday – a task that looks achievable given the Glamour Boys’ recent form.

For Stellenbosch their struggle continues as they’ll go to AmaZulu in Durban on Friday still looking for their first victory in five matches.