'We must guard against underestimating them' 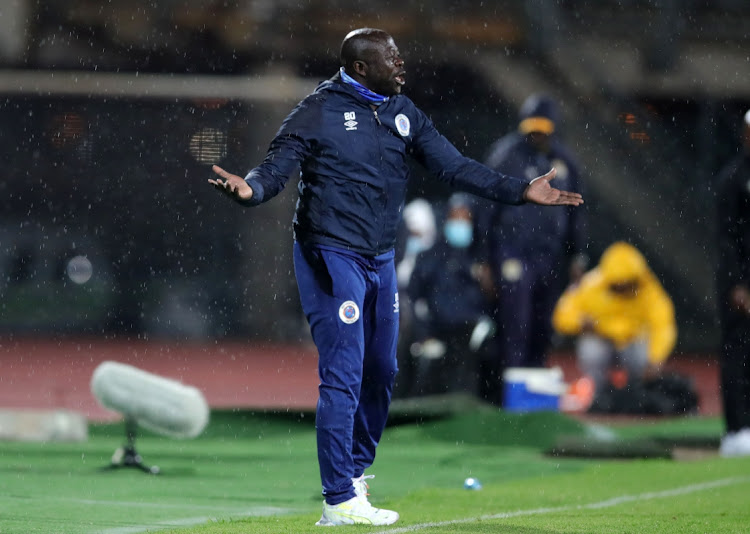 Going into this encounter at Thohoyandou Stadium, TTM are licking their wounds after suffering three successive defeats on the road against Orlando Pirates, Golden Arrows and Kaizer Chiefs.

In all these defeats Tshakhuma were listless, to say the least, with some even wondering if the players were on a go-slow.

Sowetan reported last week that strikers Lerato Lamola and Edgar Manaka were among the players who had not received their November and December salaries, with the matter being handled by the SA Football Players Union (Safpu).

Even so, Tembo predicts TTM won’t be pushovers, urging his players to treat the game as any other. “TTM have lost three games in a row, yes, but that doesn’t mean we’ll have it easy on Sunday,’’ said Tembo.

“We still need to go out there and give our best. We must guard against underestimating them because they can rise to the occasion and use us to turn the corner. All the league games must be treated the same way because they all give you three points if you win.’’

Tembo also expects Venda’s scorching sun to influence their performance on the day.

“[Venda] is always a difficult place to go to, playing at 3 o’clock in the afternoon [in fact, kickoff is at 3.30]. With the heat it becomes a little bit difficult for the players. But we will certainly go there with the right mentality,’’ said the SuperSport coach.

Unlike TTM, Matsatsantsa’s morale is high after a spirited come-from-behind 1-1 draw against AmaZulu at Lucas Moripe Stadium on Wednesday, where their all-time leading scorer Bradley Grobler netted his 11th league strike of the season. The league's top scorer this season is two clear of his nearest challenger, Ruzaigh Gamildien of Swallows.

Tshakhuma Tsha Madzivhandila (TTM) coach Joel Masutha is frustrated by the poor form of the DStv Premiership rookies in the new year.
Sport
1 year ago

SuperSport come from behind to share the spoils with AmaZulu

SuperSport United had to come from behind to earn a point at home after they were held to a 1-1 draw by AmaZulu FC at the Lucas Moripe Stadium on ...
Sport
1 year ago
Next Article